A Poulton student has hit the high notes with help from her musical family after winning a Chinese song competition that not only tested her singing ability but also her language skills.

University of Central Lancashire (UCLan) music theatre student Dawn Cetrulo has triumphed in a national Chinese song competition that invited none Chinese speakers to sing two Chinese songs fluently in front of a packed audience at the Royal College of Music in Manchester. The talented 44-year-old was joined on stage by her husband, 48-year-old Alex, on keyboard and three children Marco, 19, Nico, 14 and 11-year-old Sofia who played electric guitar, a South American drumbox called the Cajon and the ukulele respectively.

The annual Chinese Song UK competition is organised by the UK Young Chinese Entrepreneur Association to promote Chinese language and culture in the UK. The contestants had just four weeks to learn their songs and fellow UCLan music theatre student Clara Marmo made it to the final 10 in the competition.

"When I won it felt amazing. It was a surprise and I was so happy to win as it was a great experience to play music as a family."

First year student Dawn commented: “When I won it felt amazing. It was a surprise and I was so happy to win as it was a great experience to play music as a family. We don’t get to play together very often as my eldest son is away at university. We even rehearsed over Facetime and I am so grateful for their support.

“We’re a very musical family and generally sing anything from Ed Sheeran to Cat Stevens but I’ve never done anything like this before so it’s a real honour to win.”

Dawn, who regularly travels around the world performing in a singing duet with her husband, said she had to “really pull the songs apart” and write the lyrics down phonetically to learn them.

“Learning Chinese was one of the hardest things I’ve ever done,” she said. “I found the lyrics very hard to learn because they don't sound like words to me. I also had to understand what I was saying so I could feel the emotions in the song.

“Taking part in the competition has made me appreciate Chinese music because we listened to a lot of songs to pick the right ones for us. It's also made me realise Chinese people are some of the most polite and friendliest on earth.” 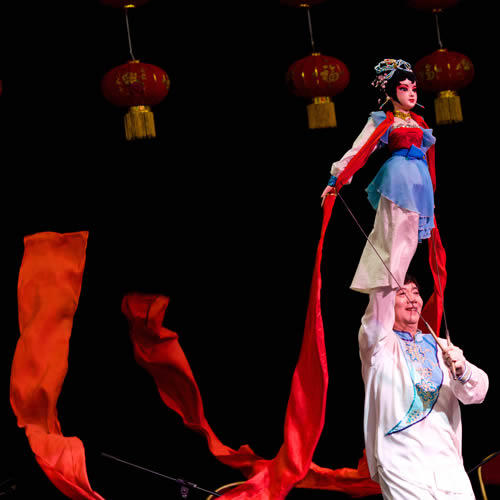 "Dawn is a very passionate singer and good student. I was touched by her voice and her quick and right perceptions of lyrics. When she sang in the competition I was moved to tears."

Wenxuan Li from the UCLan Confucius Institute coached both of the UCLan students for the competition. Speaking about Dawn’s success she said: “Dawn is a very passionate singer and good student. I was touched by her voice and her quick and right perceptions of lyrics. When she sang in the competition I was moved to tears.”

Finalist Clara, who is from Venezuela and already speaks Spanish and English, said: “I have found taking part in this competition an incredible experience that has allowed me to combine two of my passions, music and languages.

“I was very proud of myself when the judges commented that my Chinese was perfect and that they could clearly understand every word I said. I knew that I had done my job right and that it was worth it to become obsessed with learning how to pronounce the song lyrics well. I not only wanted my lyrics to be understandable, but to sound as if I was from China myself.”

Dawn is currently performing in UCLan’s production of Sweeney Todd and aims to do a Masters in Voice performance after graduation before going on to teach.

The UCLan Confucius Institute is planning more music and language events for later in the year.