A budding games designer has used a new technique to incorporate one of his favourite childhood beaches in a gaming environment.

Marco Carmo, who has spent the last four years studying Games Design at the University of Central Lancashire (UCLan) in Preston, UK, has managed to transform Praia Da Falesia beach near Albufeira in his native Portugal into the setting of a game themed around an ancient civilisation.

The 25-year-old said: “Everything people can see in the game scene is real but I’ve manipulated it to give it a certain look and feel. The setting would suit a game about ancient civilisation and I wanted it to look like an area that hasn’t been touched by humans for thousands of years. It’s strange because it looks like the beach I visited during my childhood, but at the same time it isn’t.”

Photogrammetry is the latest trend to hit the games design industry and Marco is hoping it will give him the edge when applying for jobs.

"Everything people can see in the game scene is real but I’ve manipulated it to give it a certain look and feel."

He said: “It has dramatically cut down production time and is much quicker than other traditional techniques, plus the scene is much more life-like. It’s the next step forward for the modern gaming industry so I’m hoping to develop my photogrammetry knowledge as much as I can.”

To showcase a wider range of techniques, the ambitious student used a completely different set of skills for another final year project. Marco’s escape room virtual reality game, Paranoia VR, is set in a room of artefacts that he built and painted by hand before incorporating them into the game.

“It was fun to try something new for a different audience,” he said. “When you’re creating something to be played in virtual reality you have to make sure you don’t make it feel too jumpy so the user doesn’t feel sick.”

Marco has studied at UCLan for the last four years, initially joining through the Foundation degree. Although he grew up in Portugal, the former Escola Secundaria de Loule pupil was actually born in Oldham before moving abroad at a very young age. 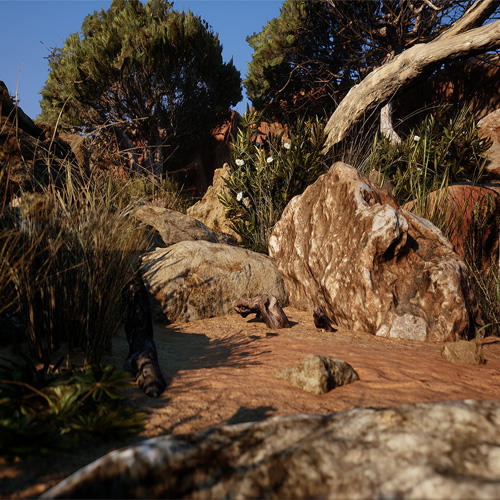 Praia Da Falesia beach is the setting of Marco's game

"Being a UCLan student for the last four years has allowed me to build up a great portfolio that I can take into industry."

He added: “I have an affinity to UCLan as my mum, who is from Lancaster, studied here in the past and my grandmother lived close by in Fleetwood. Being a UCLan student for the last four years has allowed me to build up a great portfolio that I can now take into industry.”

Marco’s work was on display at UCLan’s Preston Campus from 15-22 June as part of the Lancashire Arts Festival Degree Show.