A University of Central Lancashire (UCLan) professor has been shortlisted for the Turner Prize, one of the world’s most prestigious art awards.

Lubaina Himid MBE, a Professor of Contemporary Art, has become the oldest person to be nominated for this high-profile award at the age of 62 after the award abolished its ban this year on people over 50 being eligible.

The Zanzibar born artist, who The Daily Telegraph once described as "the under-appreciated hero of black British art”, said: “I didn’t expect this at all, I haven’t thought about the Turner Prize in terms of nominations or shortlisting for a couple of decades.”

She made her name in the 1980s as one of the leaders of the black arts movement in Britain. Her work includes paintings, drawings and installations that make reference to the African diaspora and to the slave industry.

The Preston-based professor was shortlisted for her solo exhibitions in Oxford, which brought together a wide range of her paintings, sculptures, ceramics from the 1980s to the present day, and Bristol, which highlighted 100 colourful figures of 17th century African slave servants brought to Europe, as well as her participation in a group exhibition in Nottingham.

"The Turner Prize has always championed emerging artists - it has never been a prize for long service but for a memorable presentation of work in that year."

The jury praised these exhibitions for addressing pertinent questions of personal and political identity. As a key figure of the Black Arts Movement, she has consistently foregrounded the contribution of African diaspora to Western culture. Working across painting, installation, drawing and printmaking, and bringing both old and new work together, her work is both visually arresting and critical.

Discussing her work she said: “I’m making a space where other black audiences can feel at home, where they can look at these cut outs and think that looks a bit like my auntie or that’s kind of got the demeanour I’ve got or it’s like being home and being amongst people you know. It’s making a space in an art gallery where you are not the only person of colour.”

Alex Farquharson, Director of Tate Britain and Chairman of the jury, said: “The Turner Prize has always championed emerging artists - it has never been a prize for long service but for a memorable presentation of work in that year. Now that its reputation is so firmly established, we want to acknowledge the fact that artists can experience a breakthrough in their work at any age."

Lubaina was made an MBE in 2010 and is one of four UK-based people to have been shortlisted for the £25,000 prize. The work of the nominees will be on display at the Turner Prize exhibition 2017 in Ferens Art Gallery, in Hull, as part of the UK City of Culture celebrations. The exhibition will run from 26 September 2017 to 7 January 2018, and the winner will be announced on 5 December at an award ceremony which will be broadcast live on the BBC.

Established in 1984, the Turner Prize is awarded to a British artist for an outstanding exhibition or other presentation of their work in the 12 months preceding 24 April 2017. The prize has previously been won by Damien Hirst, Antony Gormley and Grayson Perry. 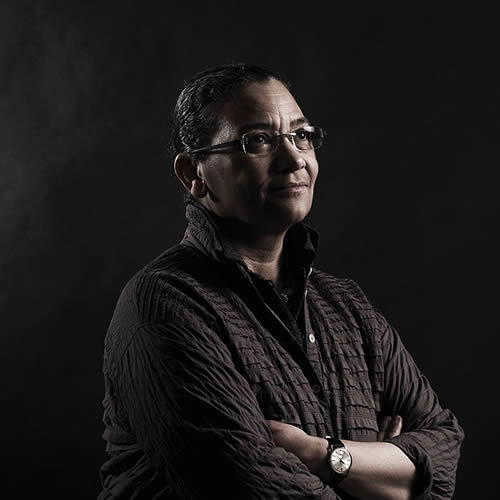 Professor Lubaina Himid who has been shortlisted