Salem Alketbi has risen through the ranks in Dubai Police force

University of Central Lancashire graduate, Salem Alketbi, has risen through the ranks in the field of forensics and criminology to become First Lieutenant, Assistant Expert in the Dubai Police Force. 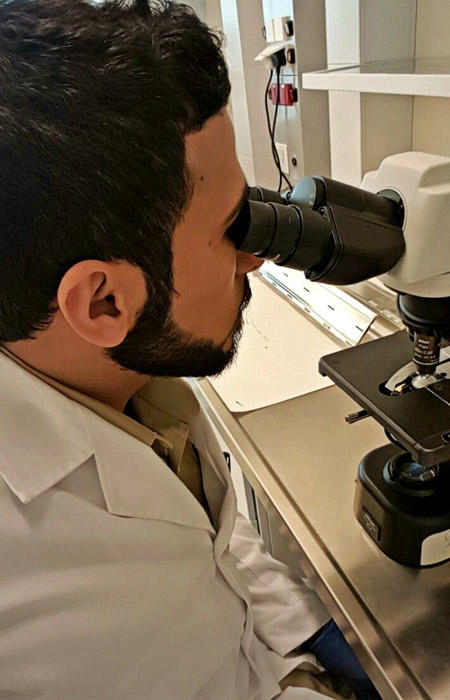 Since high school, Salem has always had an interest in biology and genetics and for this reason he chose to study BSc (Hons) Forensic Biology at the University of Central Lancashire.

After graduating from his degree in 2011, Salem joined the Dubai Police Academy where he studied for a year. In 2012, he moved on to work in the Biology and DNA section of the General Department of Forensic Science and Criminology in the Dubai Police Force. After gaining work experience in the field of forensic DNA, Salem returned to the University of Central Lancashire and completed an MSc DNA Profiling from 2013-2014.

On graduating for the second time, Salem continued to work for the Dubai Police Force and became a First Lieutenant, Assistant Expert in the forensic DNA field, as well as Head of the biology lab in the Biology and DNA section. During his six years working for the Dubai Police, Salem has worked on more than 1600 cases and gained eight First Class Appreciation badges from the General Department of Forensic Science and Criminology. Salem cites this as his greatest achievement to date.

Currently, Salem is on study leave from his job at the Dubai Police Force as he commenced a PhD at the University of Central Lancashire in April 2018 and is studying full-time.

Speaking about his at time at University, Salem states: “I love being in the School of Forensic and Applied Sciences and the teachers were so helpful to teach you and help you to develop in your career. I also enjoy the city of Preston. It is quiet and peaceful, which is good for studying. The undergraduate degree and master’s course that I took at the University of Central Lancashire were so specific to my field of work and helped me to gain a lot of confidence.”

When asked what advice he would give to graduates wishing to follow a similar career path, Salem replied: “If you want to work in the forensic field, it is important to gain some experience by working in forensic cases to find out what interests you because there are many different areas that you can work in.”