University of Central Lancashire Sports Journalism graduate, Martin Young, has worked for two of the UK’s most renowned football clubs and is now one of Liverpool F.C.’s VT Editor’s, where he edits visual content for the TV channel’s various shows as well as their website video service LFCTVGO.

As a VT Editor, Martin enjoys his job and even though he took on a different profession to the one he dreamt of, the versatile nature of his role means that he gets to do what he loves in the field he loves, whilst still harbouring the ambition of fulfilling his dream of sports commentary.

Martin said: “As a kid I dreamt of being a sports commentator, as nerdy as it sounds. The thought of being at live sport events and entertaining listeners or viewers with my voice sent chills down my spine, in a good way. The sports journalism course at UCLan offered me some form of a route into the industry.”

In 2013, Martin waved goodbye to his fellow students and it wasn’t long before he kicked off his football media profession in style. He said: “Just two weeks after I graduated, I was fortunate enough to become a Multimedia Intern at West Ham United FC.”

As an intern, Martin assisted the Multimedia Editor in the day-to-day running of the club’s online video content, including its YouTube channel and social media pages where he found himself filming, editing, producing and directing. He said: “The content I put together would vary from filming an interview with the first manager, to editing a set of match highlights from one of the academy teams, to setting up lighting, cameras and props single-handed for a panel show with guests.”

"My time at UCLan gave me the chance to experience life on my own gaining independence in the process. I have made friends for life from those who I have lived with, to those that were on the same course. In a career sense, my time at UCLan helped me forge my career in the media industry by giving me the knowledge and experience to hit the ground running after graduation."

— In his quest to build his career, Martin continues to excel and believes his time at UCLan had a huge impact on his life from both a social and career perspective.

As part of the multimedia team, Martin embraced his role from the get-go and through sheer diligence and a passion to succeed by the end of his first season with the club, he was offered the position of Multimedia Assistant.

He said: “My role didn’t alter when I became Multimedia Assistant; however, I was given more responsibility as the club would begin to send me on a number of first team away games, as well as pre-season training camps abroad.”

After a fruitful couple of years at West Ham, in April 2016 Martin decided it was time for a new challenge and accepted the chance to become one of Liverpool FC’s VT Editor’s for its in-house TV channel. He said: “The job change allowed me to focus and improve on one aspect of being a multimedia professional, rather than trying to juggle five or six in a fast-paced environment.”

As an experienced editor, Martin has some advice for those with similar career aspirations. He said: “The media industry is a competitive market, fast paced and forever changing. It is not enough to saunter along just doing the work set by your lecturers.

“My main aim, alongside getting a decent degree, was to secure full-time employment straight after graduation. If I hadn’t spent my own time outside of my studies learning editing software, constantly practicing with the cameras and perfecting my writing style, this wouldn’t have happened”.

He added: “As common as these terms are, being hardworking and going the extra mile are the bed rock of my working personality and attributes that helped get me noticed by employers. So, when at uni, listen to the professionals, take in their knowledge and experience, apply yourself when in the field and you should reap the rewards after graduation.” 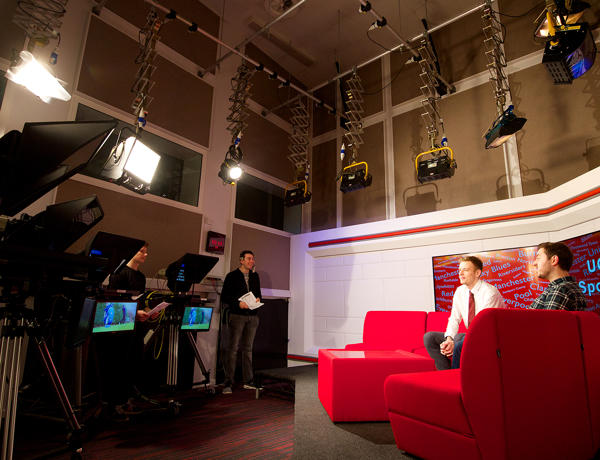 Sport is a world full of moving stories of human drama, joy and pain. Discover how to tell them, with one of the finest Sports Journalism courses in the north of England. 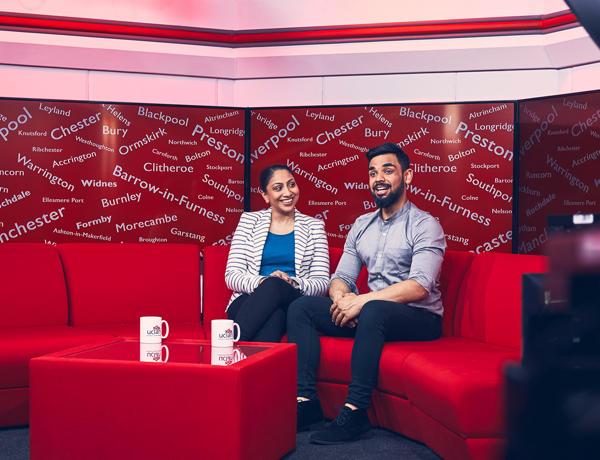 Journalism at the University of Central Lancashire is held in high esteem within the industry, with some courses accredited by the National Council for the Training of Journalists (NCJT) and the Broadcast Journalism Training Council (BJTC). 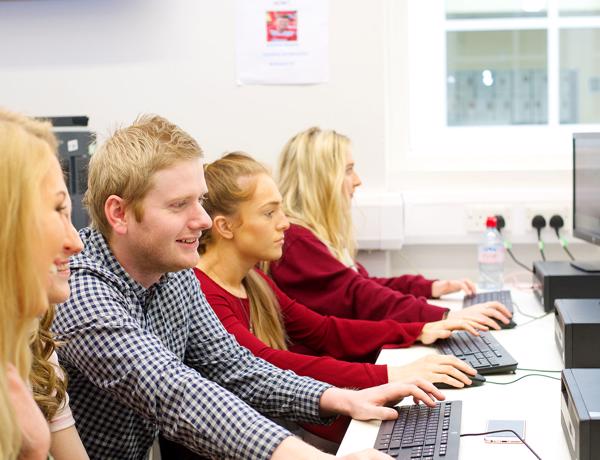 The Broadcast Newsrooms are specialist facilities provided for Journalism and Publishing Students to enable the production of broadcast content.