Jason Todd chose to study BSc (Hons) Sports Coaching after his college tutor recommended UCLan to him as a University. Following a period of extended study due to work opportunities, Jason graduated in 2012 and now works as a Player Pathway Analysist at the English Football Association (FA), where he is responsible for profiling English players who are currently playing in the Premier League, looking at their performance for their clubs. 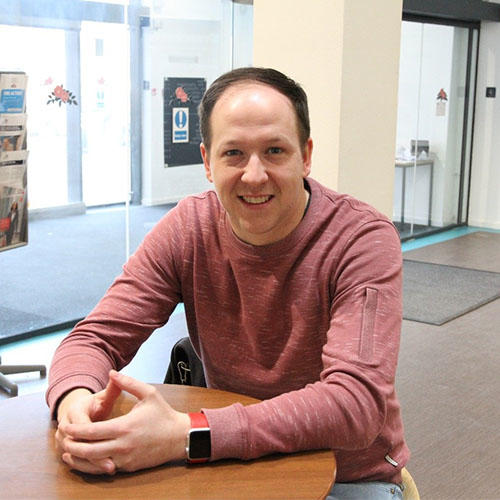 When asked what impact his degree has had on his current employment, Jason says that the Sports Coaching course gave him “the basic fundamental knowledge to enter the professional world and remain in this position.” He said:

“Without that core work I did here I don’t think I would’ve been able to go on and do what I do now. If you have a look at UCLan graduates around the time of my graduation - there’s a lot of us still working in performance analysis, I don’t think many other universities can say that.”

Following the second year of his course, Jason decided to take a placement year and consequently got offered a full time job at Blackburn Rovers F.C. This resulted in Jason extending his studies and spending five years at UCLan.

Jason said: “I ended up being at UCLan for a total of five years and did my third year over a two year period whilst working at the same time. After this, I landed a job at Norwich City F.C. as they had no analysist at the club.”

Jason describes the course tutors as a lasting memory of his time as a student, he commented: “The academics were always on our wavelength and always did the best they could to help us.

They give you a lot of freedom and a lot of scope around what our assignments were but they’d always support whatever direction you’d like to take. Also, the contacts that the tutors have within professional clubs were open to everyone.”

Since graduation Jason, has gone on to do many things including become a father. When asked what his greatest professional achievement has been, he recognised that his time at UCLan has given him the potential to strive.

He said: “I’d say getting the job at the FA is a huge highlight and without UCLan that wouldn’t have been possible.”