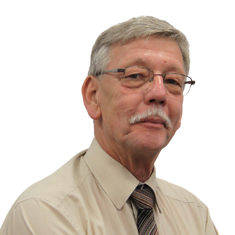 Harry employs his vast experience as a scientist to demonstrate the theoretical components of chemistry and the involvement of other disciplines required to commercialise technology. He is one of a very few academics who has seen his research employed commercially in nuclear reprocessing

Harry has more than fifty years industrial experience in the steel and nuclear industries as a chemist. He is an international recognised expert in the development and application of separation sciences in particular solvent extraction, ion exchange and biosorption, He has combined this industrial experience with more than fifteen years involvement with academia. He published the first biosorption book that address the use of bacteria, fungi etc for remediating environmental challenges more than 35 years ago.

Harry has largely worked in a research and development environment, first in the Sheffield steel industry later as the Works Chemist for British Ropes Ltd near Doncaster. He left industry in 1968 to study full time at Hull College of Technology to attain Graduateship of the Royal Institute of Chemistry. He joined Sheffield Polytechnic one year later to undertake PhD developing a chelate ion exchange resin for the extraction of uranium from sea water. He subsequently joined Salford University in 1971 to continue his PhD studies as his supervisor had transferred to the university. Whilst at the university he taught chemistry at Stretford Technical College, Salford College, Warrington Technical College and the university gathering more than 7 weeks/year total teaching time and within 3.5 years obtained MPhil and PhD degrees. He was appointed a Research Fellow at Birmingham University (1973)developing a copper extraction process for Nchanga Consolidated Copper Mines (Government owned). He was offered, although had secured a three year EPSRC appointment, a position with BNFL, Sellafield R&D Department. here he developed the chemical flowsheets for the THORP reprocessing plant. He was promoted within the first 15 months with BNFL but could not transfer down to Springfields until the end of his graduate trainee scheme (24 months). At Springfields he was responsible for establishing an environmental group in the Technical Department, which built on his experience at British Ropes Ltd some 20 years earlier. He held most senior technical posts at Springfields namely: Principal Scientist - he introduced the first green eco book into BNFL Springfields and BNFL corporate: deputy Head of Company Research Laboratory Environmental Biotechnologist Commercial Manager -He was accredited with introducing BNFL to environmental biotechnology in the early-1990s that involved a team of more than 50 scientists and engineers, the majority working in 17 UK universities and with the National Nuclear laboratory: Head of External Technical Links, his final position as the External Technical Links Manager, which required him to engage with external bodies such as academia, companies, EU funding bodies etc.. before retiring in 2012. By then he had been encouraged to join UCLan part-time) as Professor of Nuclear Materials and was subsequently appointed Director, Research Centre for Smart materials (2019)