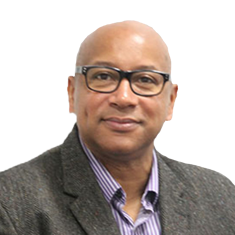 Faculty Director of Research, Faculty of Culture and Creative Industries, Professor of Media Practice
School of Arts and Media

Predominantly, Erik conducts practice-led film research, particularly narrative documentary and fiction. He is interested in alternative methods of cinematic narratives, the changing narrative practices from developments in production and dissemination technologies, and the fact and fiction within the moving image. His work is concerned with the exploration and development of transcendent themes in cinematic storytelling and understanding the meaning and impact of independence in contemporary filmmaking.

Erik supervises PhD students and has seen many to completion. He himself holds a PhD from the University of Salford (2002). He leads the international Arts and Humanities funded research project: StoryLab Skills Training for Democratised Film Industries running research projects in Malaysia, Ghana, Colombia and California. As Faculty Director of Research, Erik handles the delivery and development of the Faculty of Culture and Creative Industries' research strategy.

Before joining us, Erik was a Professor of Visual and Digital Culture at Bournemouth University’s Media School. He has also been a Professor of Film Practice at the University of Salford, where he was Head of the School of Media, Music and Performance. Erik was the University of Salford’s Director of Graduate Studies during his many years of study. Here, he also led programmes in the MA in Fiction Film Production, the MA in Television Documentary Production and the MA in Wildlife Documentary Production. Prior to this, he was Head of Production at the Northern Film School at Leeds Beckett University. Erik is also Visiting Professor and the former Head of the Editing Department, at the Escuela Internacional de Cine y Television in Cuba. He sits on the editorial board of the Journal of Media Practice and Education, being a former chair, and was an AHRC Peer Review College member, involved in their funding of decision-making panels. He writes about creative film practice and his latest book is Finding The Personal Voice In Filmmaking, published by Palgrave Macmillan in 2018.

As a prize winning filmmaker, his films include:

Erik runs his own film production company, One Day Films Ltd. More recently, Erik has been engaged with photography. He has exhibited and published. For example, his photographic essay Cuba in Waiting is available as a book and was exhibited at the Cervantes Institute in Manchester (2013) and Dean Clough Galleries (2014). His latest work, entitled Doubt. photographic and poetic book, combined with a film. This work was exhibited in Manchester in 2018 and at Dean Clough Galleries from October 2018 to January 2019.