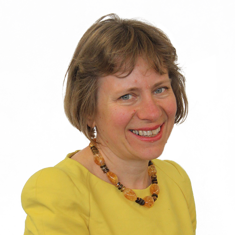 Professor of Contemporary Cinema
School of Arts and Media

Ewa was born and educated in Poland. In 1987, she finished her graduate education at Warsaw University, where she received a master’s degree in philosophy. In 1995, she received a PhD from Łódź University in film studies. She was working in Poland as a lecturer in sociology and film journalist. In 1995, she relocated to Britain but retained close links in Poland, where she publishes regularly. In 1997, she started working full-time in British academia at UCLan and became a Professor in 2008. Ewa is the Research Lead for the School and Research Coordinator for REF Unit 33.

Ewa has published widely on various aspects of European and world cinemas from perspectives such as gender, representation of work, everyday life, cities and travel and political and cultural history. In total, she has published over twenty monographs and edited collections and numerous scholarly articles, published in film journals and those of other disciplines, such as 'Tourist Studies' and 'Science Fiction Studies'. She is also conducting research on popular music. Her current projects concern popular electronic music in Poland, from the 1970s to the present and Polish popular music and the moving image.

Film serves her as a tool for exploring unknown histories and cultures, therefore she employs versatile methods and approaches, drawing on disciplines such as economy, tourist studies, sociology and history. She is especially interested in cross-cultural phenomena, such as the work of émigré directors, road cinema, heterotopian films and adaptations of the prose of Vladimir Nabokov. She co-edited several volumes devoted to the interface between Marxism and film. She also published a collection of short stories, ‘Neighbours and Tourists’ (Adelaide Books, 2019), which received Grand Prize in Eyelands Book Awards competition and over 50 short stories in various literary magazines.

Ewa is principal editor of the journal 'Studies of Eastern European Cinema', published by Routledge, and on the editorial boards of several journals. She received grants from the Leverhulme Trust and AHRC, as well as from the Polish Film Institute, Polish History Museum and Noble Foundation. She has guest lectured in many countries and was invited to numerous film festivals. In 2010 she curated a retrospective of Jean-Luc Godard’s film at the ENH Festival in Wroclaw, one of the largest retrospectives of Godard cinema ever presented.

Ewa is the school’s research lead, REF UoA 33 coordinator and co-chair of MusicResearch@UCLan and is active within the area of journalism, media theory and practice.