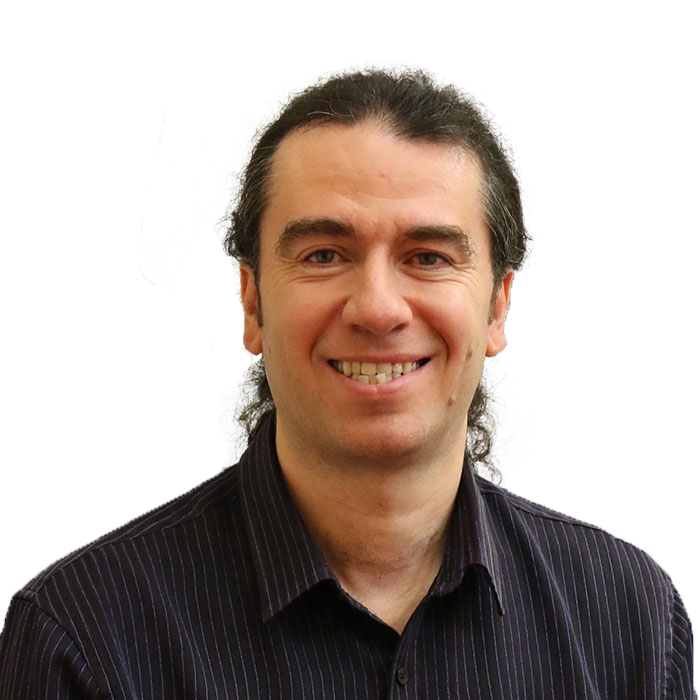 Lecturer in Neuroscience
School of Pharmacy and Biomedical Sciences

Vassilis Beglopoulos is a neuroscientist and molecular biologist. His main research interest is the study of experimental models of Alzheimer’s disease, using behavioural, biochemical, molecular and histological approaches. He is particularly interested in the cellular mechanisms underlying impairment of memory retrieval in pre-pathological experimental models of Alzheimer’s disease. Since 2018, Vassilis is leading the Dementia and Neurodegeneration Research Group at UCLan, and since 2019, he is UCLan's local representative of the British Neuroscience Association.

Vassilis Beglopoulos graduated from the University of Thessaloniki in Greece with a BSc in Chemistry/Biochemistry and continued his studies in the UK, graduating with an MSc in Molecular Biology and Biotechnology from the University of Hull. He then went on to use Molecular Biology / Biochemistry in Neuroscience research for his PhD, and later to work on further aspects of Neuroscience research as postdoctoral fellow, in particular behavioural testing, histological approaches and glucose uptake physiology. Vassilis undertook a PhD at the University of Göttingen in Germany, working with Prof. Markus Missler on the role of the synaptic protein family neurexophilins in the brain by generating and analysing knock-in and knockout experimental models. He then moved to Harvard University, in Boston, USA, working as postdoctoral fellow with Prof. Jie Shen on the role of presenilins in Alzheimer’s disease, using a variety of knockout and knock-in models.

Vassilis later worked with Prof. Noel Buckley at King’s College London on the epigenetics of the central nervous system, and then moved to the University of Edinburgh, where he worked with Prof. Richard Morris on developing a cognitive/physiological biomarker strategy in an experimental model of Alzheimer’s disease, based on the early detection of cryptic deficits in memory retrieval and associated brain glucose uptake. Since joining UCLan in 2017 as Lecturer in Neuroscience, Vassilis has been enjoying fruitful interaction with numerous colleagues at UCLan active in Neuroscience research, using a wide variety of methodologies. Since 2018, Vassilis is leading the Dementia and Neurodegeneration Research Group at UCLan, and since 2019, he is UCLan's local representative of the British Neuroscience Association. Vassilis is interested in various aspects of research on Alzheimer’s disease and certain other conditions, with a particular focus on the cellular mechanisms underlying impairment of memory retrieval in pre-pathological experimental models of Alzheimer’s disease. Vassilis’ research is funded by a grant from the Royal Society, a PhD project grant co-funded by the EU and UCLan (University Alliance DTA3 PhD programme) and by the UCLan Centre for Brain and Behaviour.

Vassilis is particularly interested in research into pre-pathological memory impairment in experimental models related to Alzheimer's disease. A key focus is the investigation of cellular, biochemical, physiological and molecular mechanisms underlying impairment of certain phases of memory, such as memory retrieval and memory encoding. Vassilis is also interested in biomarker development based on cognition and associated physiology. Certain behaviours related to anxiety disorders and their underlying neurobiological mechanisms are also within Vassilis' research interests.