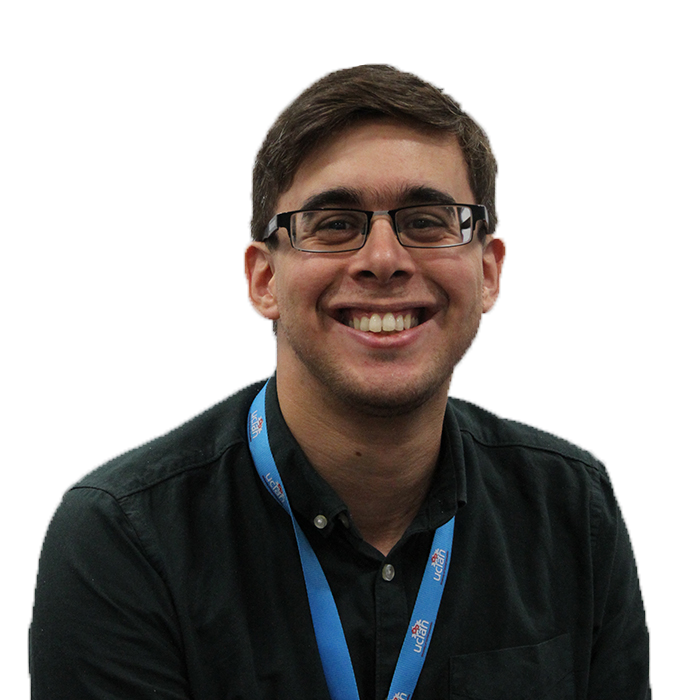 Emyr teaches several subjects in the School of Medicine, primarily molecular biology, research methods, and evidence-based medicine. He leads two research modules (UM1080 and XY3040) at Level 4 and Level 6 respectively. Emyr’s research background is in molecular oncology and computational biology, and he supervises research students at both the undergraduate and postgraduate level. His research team currently focuses on computational modelling of molecular cancer signalling pathways. Emyr is a Fellow (FHEA) with Advance HE and also holds a PGCTLHE.

Emyr has published a number of peer-reviewed articles pertinent to cancer research, ranging from fundamental in vitro discoveries through to review articles discussing the state of clinical trials, as well as a book chapter for mesothelioma. Whilst most of his efforts have been on leukaemia and mesothelioma, since 2020 there has been increased focus on breast cancer. Emyr leads a research team all employing computational approaches to investigate cancer cell signalling and Emyr holds a number of internal and external research collaborations, frequently with The University of Manchester and The University of Salford.

Emyr is also a member of Brain Tumour North West. In terms of teaching, Emyr leads Level 4 and Level 6 modules on the Master's in Physician Associate Studies (MPAS) degree for which he is also the Course Leader. Emyr teaches biochemistry, genetics, and oncology to the MBBS, MPAS, and MSc Physician Associate Practice, as well as devoting significant time to teaching research and evidence-based medicine. Emyr greatly enjoys teaching and was awarded Best Postgraduate Teacher at Salford University in 2017. He has several years of experience in supervising and mentoring junior research scientists such as project students. Emyr is actively involved in student recruitment, and takes a lead on MPAS admissions whilst also participating in outreach and widening participation activities, along with undertaking international recruitment.

Prior to joining UCLan in December 2017, Emyr completed a PhD under the supervision of Professor Marija Krstic-Demonacos at The University of Salford. Here, he employed an interdisciplinary approach of computational biology and wet laboratory methodologies to investigate mechanisms of microenvironment-induced chemotherapy resistance in paediatric leukaemia, whilst also dedicating a focus to elucidating causes of glucocorticoid hormone resistance.

Part of his research was to build predictive models that aimed to predict changes to molecular networks following loss-of-function mutations, and which also aimed to predict a patient’s response to chemotherapy. This was published in PLOS Computational Biology, recognised as one of the top journals in Bioinformatics and Computational Biology. After his PhD, Emyr worked on a project funded by the British Lung Foundation, where he investigated the role of hypoxia-related microRNAs in mesothelioma (a very rare cancer that is heavily tied to asbestos exposure). This research is ongoing via collaboration. Emyr left this position to join UCLan's School of Medicine as a Lecturer in Medical Sciences in December 2017 and progressed to a Senior Lecturer position in the School in January 2022.