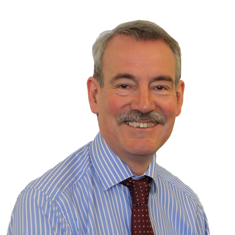 Brian's teaching and research expertise extends across literary studies (especially J.R.R.Tolkien), aesthetics, intellectual history, and philosophy. His main current focus as a teacher is on political philosophy and its relation to contemporary politics.

Brian teaches modules on the History of Political Ideas, and on Contemporary Anglo-American Political Philosophy; he also contributes to classes in Liberal Arts, and is second supervisor to a PhD on divorce and remarriage in contemporary Catholicism. His current research lies mainly within moral, legal and political philosophy.

Brian Rosebury joined the University of Central Lancashire (then Preston Polytechnic) in 1979. His initial appointment was to teach English literature, but his teaching gradually diversified to include the history of ideas, political philosophy, and an eclectic collection of research topics. His leadership roles at UCLan included Head of the Programmes Management Unit (1991-1993), acting Head of the Department of Cultural Studies (1993-1994), and acting Head of the Department of Education and Social Science (2004-2005). From 1998 to 2002 he was Chair of the University’s branch of NATFHE (now UCU), the lecturers’ union. In 2014 he retired from his full-time post, but continues to work as a teacher and researcher.

In literary studies, Brian Rosebury is best known as a Tolkien specialist (Tolkien: A Cultural Phenomenon, Palgrave 2003). But from the 1990s he developed research interests in moral and political philosophy, especially in questions of moral responsibility, reciprocity, retribution and punishment. His first substantial paper in this field (‘Moral responsibility and “moral luck”’) appeared in Philosophical Review in 1995. More recently, he has published articles in Philosophy and Phenomenological Research (2008), Utilitas (2009), Criminal Law and Philosophy (2011), Criminal Justice Ethics (2011, 2015) and Ratio Juris (2019).

Brian has supervised successful PhD theses on the political writing of Albert Camus; optimism and pessimism in Victorian fiction; the application to literary tragedy of the thought of the Russian philosopher Nikolai Berdyaev; the idea of a cultural icon; globalisation in Cumbria; and evaluative judgement in the context of the Turner Prize. He has examined PhD theses on Tolkien and on Kant, acted as a reviewer for numerous journals, and delivered invited lectures in Belgium, Korea and Poland.

Brian is currently working on three extended research projects, provisionally entitled Informed Altruism, The Mystery of Desert, and Against Subservience.