The University of Central Lancashire’s (UCLan) free annual event attracted around 13,000 people who engaged with the shows, workshops, exhibits and activities over three days.

Among this year’s attractions at the award-winning event were Titan the Robot, a petting zoo, The Cloud Factory and the Royal Institution’s Feel The Power.

Other highlights included the maths behind Disney and Pixar films, the wonders of water plus the animal detectives.

The three-day event offered a wide variety of activities to inspire youngsters about the real-world applications of science, technology, engineering, maths and medicine.

The fun festival, which has been running since 2011, ran across UCLan’s Preston City Centre Campus and saw two days dedicated to primary schools from across the region and the final day open to the public.

In addition, another 7,000 teenagers have engaged with a number of science roadshows which have visited high schools across the North West.

Dr Liz Granger, Lancashire Science Festival Director, said: “It’s been amazing to see around 20,000 people on our campus and at the high school roadshows who were fully engaged with the wide variety of science, engineering, technology and maths (STEM) activities we had on offer. Every year our award-winning Lancashire Science Festival gets bigger and this year was no exception. The weather played a huge part too in bringing families of all ages out for a free summertime event.

“To see the mass appeal of a free STEM related festival is wonderful and it shows the appetite of schools and parents to bring children along and inspire the next generation.

“Our sponsors have been great again this year. It was a real team effort, with contributions from staff, students, volunteers, regional businesses and organisations and the result has been seeing thousands of youngsters leaving with huge smiles on their faces with an understanding that science is really fun.”

See how we inspired and enthralled the future generations of scientists on the UCLan Flickr gallery. 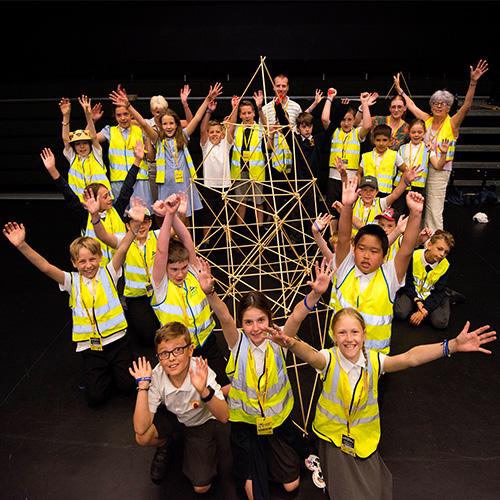