The most successful British female squash player of all time has received an Honorary Fellowship from the University of Central Lancashire (UCLan).

Laura Massaro, who reached the world number one position earlier this year, took to the stage of Preston’s Guild Hall on Tuesday afternoon to receive her prestigious award.

The 33-year-old was recognised in acknowledgement of the contribution she has made to sport. She said: “I feel immensely proud to accept this Honorary Fellowship. I sacrificed a lot to pursue my sporting goals including a university education. To come out the other side with this recognition is fantastic.”

Laura, who lives in Preston, is coached by her husband Daniel, who is a sports coaching lecturer at UCLan.

In her career to date Laura, who started playing squash when she was seven, has won 20 World Tour titles, including the prestigious British Open title in 2013. She has won three silver medals at the Commonwealth Games.

"I feel immensely proud to accept this Honorary Fellowship. I sacrificed a lot to pursue my sporting goals including a university education. To come out the other side with this recognition is fantastic."

She was one of six distinguished professionals who received Honorary Awards.

Angela Murphy OBE received an Honorary Doctorate to in recognition of the significant contribution she made to international development at UCLan. Angela dedicated 30 years of her illustrious career to the University. She held a range of posts at the institution, working her way up from a senior lecturer, principal lecturer, Head of School, Dean of a Faculty, Pro Vice-Chancellor and finally Deputy Vice-Chancellor (International).

Local businessman James Cole received an Honorary Fellowship in acknowledgement of the significant contribution he has made to the tourism industry. James, who graduated from UCLan in 1997 with an MBA in Business Administration and Management, is managing director of Chorley-based World Travel Holdings. Over the past four years James has been working with the University to deliver an internship scheme to tourism students.

An Honorary Fellowship was conferred to Prestonian Peter Hyett in recognition of the significant contribution he made during his time at UCLan as Group Executive Director of Finance. He studied at the institution in the 1970s and later became the Chief Accountant. After a spell away he returned as Group Executive Director of Finance and was responsible for advising the University Board on financial strategy. 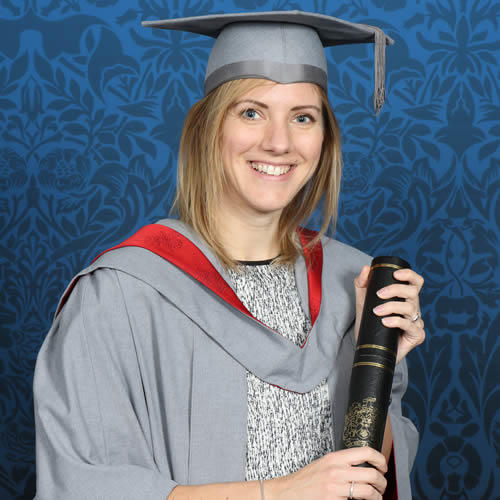 Professor Norman Burrow received an Honorary Fellowship in acknowledgement of the contribution he made to UCLan’s success during his tenure as Pro Vice-Chancellor with specific leadership responsibilities for developments in Cumbria, research and quality and partnerships. Norman joined UCLan in 1984 as Head of Department of Electrical and Electronic Engineering, he was then made Directorate Lead for Research and in 2000 he became Pro Vice-Chancellor and Director for Cumbria.

Retired self-made businessman Arthur Whitlock received his Honorary Fellowship in recognition of his significant contribution he has made to the local community through his charitable endeavours. More than 40 years ago he founded the Whitlock seven-a-side Football League, he assists Galloway’s Society for the Blind with their festive celebrations and is a brother of the Catenian Association. For the past 10 years Arthur has sat on the University’s Awards Committee and dedicates an immeasurable amount of time to helping UCLan’s Harris Bursary, a scheme to help students in extreme hardship.

Visit the UCLan Flickr Gallery for photos of our new Honorary Fellows.