Four distinguished people have been rewarded for their contribution to the community with Honorary Fellowships from the University of Central Lancashire (UCLan).

UCLan alumnus Judge Rose was recognised for the contribution he has made in his career as a Law School graduate and his support for widening participation while Carl Fogarty was awarded his fellowship in recognition of his services to sport. Wasim Akram received his award for his significant contribution to cricket during his sporting career while Richard Hext was recognised for his services to UCLan, especially the growth and development of international business and overseas campus plans.

Judge Rose gained his law degree at Preston Polytechnic, now UCLan, in 1980 and this opened the way for him to be called to the Bar. He worked on several high profile cases during his career as a barrister and recorder before he was given the prestigious honour of becoming one of the University’s first law graduate to be appointed as a Circuit Judge at Bradford Crown Court.

Lancastrian Carl was crowned Formula 1 TT world champion by age 23 and set his sights on claiming the World Superbike championship. He took the coveted crown for the first time in 1994, and went on to win it in 1995, 1997 and 1998. A freak crash forced him into retirement in 2000 but he then became a team owner of Foggy Petronas Racing. Recently he was crowned King of the Jungle on ITV’s I’m A Celebrity… Get Me Out of Here!

Cricketer Wasim began his cricketing career at Lancashire County Cricket Club, where he spent 11 successful years as both player and captain. Under his captaincy, Lancashire won the EBC trophy and Axa League and he became the county’s most successful overseas player. The left arm bowler made his Pakistan test debut in 1985 and was instrumental in their World Cup victory in 1992, as well as being the top bowler in the 2003 World Cup.

After studying History and Economics at Worcester College, Oxford, Richard started work as a labourer at a Clydesdale shipyard. He was then hired by global marine business Swire, which paved the way for Richard’s illustrious shipping career. He went on to become Chief Executive at Swire and later held further Chief Executive positions at Pacific Basin Shipping and Univan. He was Group Chief Executive of the University during 2014-15 and remains as Governor and Non-executive Director. 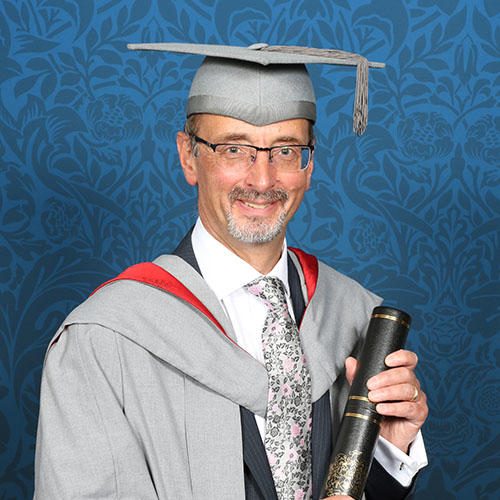