A Preston writer has used the landmarks of her home city as the setting for her debut novel about dementia.

Naomi Krüger, a University of Central Lancashire (UCLan) academic, has written about some of the area’s major landmarks in her debut novel about memory, loss and longing.

The Literature and Creative Writing Lecturer said: “I write about places I know: the bus station, PNE, the Forest of Bowland; places that can feel so familiar they start to seem unremarkable.

“I love the contrasts between old and new, folklore, history, industry, development and decline. I love the way imagination can lead to discovery, and point towards the extraordinary details beyond the surface of things.”

The novel, entitled May, is a poignant exploration of memory, history and the burden of the past. It is a story that is as much about the things that stay with us as the things we forget.

"I began to think about my own assumptions and how complex memory is. I wanted to portray a character struggling with changes in memory and perception, but also to explore her unique history, experiences, family and community."

Her inspiration for the subject matter came from a visit to a family friend who had recently been diagnosed with the early stages of dementia.

Naomi said: “I was surprised by the strength of my fear. All the most dark and negative associations came to mind. In reality my friend was still very much herself - cracking jokes, asking questions and recounting memories from my childhood that I had forgotten.

“I began to think about my own assumptions and how complex memory is. I wanted to portray a character struggling with changes in memory and perception, but also to explore her unique history, experiences, family and community. In the book May is more than a diagnosis, she is someone who has lost things but still has things to share and communicate.”

Set over the course of a single day, the novel moves through the decades, weaving together the lives of May’s family and the woman who cares for her at the nursing home. Their recollections are linked by feelings of doubt, remorse and a sense that they are mourning the paths their lives could have taken. As voices collide and time collapses, May emerges as a flickering presence, a shifting influence, a nagging absence, a woman with everything and nothing to hide.

The Lancaster University graduate’s short stories have previously been published in various literary journals and her first manuscript was highly commended in the Yeovil Literary Prize 2014. She is also the co-creative director of North West Literary Arts, an organisation facilitating events and community projects in Lancashire. 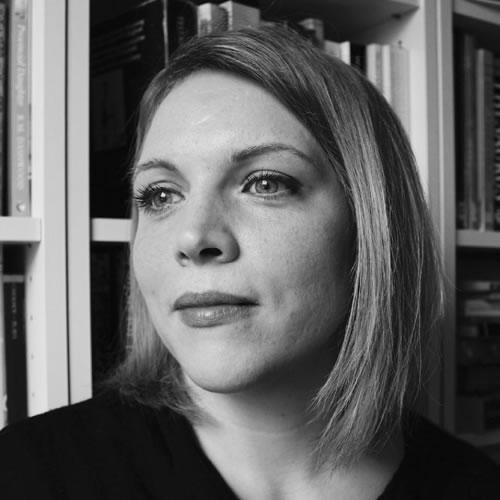