‘Return to Earth’ will be released on Sunday, 1 December and the occasion will be marked on the same evening by the release of a limited edition CD and a live show at Preston’s leading grass roots music venue, The Ferret.  The live performance will be followed by the release of the album across all major digital music platforms worldwide on 6 December.

Cold Bath Street’s roots can be traced back to 2013 when students from the University started collaborating with leading music improvisation researcher and UCLan Senior Lecturer in Music Simon Partridge.

Since gaining traction, the project has provided a platform for the development its many member's musical abilities.

Cold Bath Street is comprised of current UCLan students and alumni, with many working across a number of successful musical projects such as Liam Ogburn, also a member of ‘Working Mens Club’ a group recently signed to Heavenly Recordings and tipped as ‘One to Watch’ by The Guardian.

Earlier this year the band were rubbing shoulders and performing a sold out show with supergroup royalty, drummer Carl Palmer of Emerson Lake and Palmer and Asia fame.

UCLan's Simon Partridge commented: “Cold Bath Street is all about organic interaction. In an age of digital isolation it reminds us what we can do when we listen to each other and work together.”

"Every time we get together the music goes on another fascinating journey. We draw on a huge range of inspirations including Floyd, Davis, Bowie, Santana and CAN. The band weave countless strands together to make something all of their own."

He added: “Every time we get together the music goes on another fascinating journey. We draw on a huge range of inspirations including Floyd, Davis, Bowie, Santana and CAN. The band weave countless strands together to make something all of their own.”

‘Return to Earth’ is the latest of three albums and the follow-up to the highly regarded vinyl and digital release ‘Sound Research Rebellion’ and ‘Dream of Space’ tour. The new album sees the group’s feet firmly back on earth, inspired by our home planet and the need for society to reconnect with it.

The group will be celebrating the official release of the new album with a launch party on Sunday, 1 December at the Ferret in Preston, doors at 7:30pm. £5 Door Charge includes a limited edition CD. 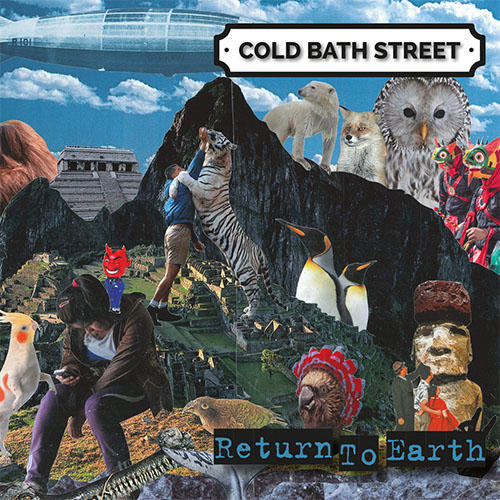