A final year physician associate student at the University of Central Lancashire (UCLan) has received the first award in honour of Professor Olu Orugun, who worked at West Cumberland Hospital and passed away in August 2017.

The Olu Orugun prize was awarded to Shelbi Hurst and the criteria was reflective of Olu’s attributes:

Professor Orugun worked for North Cumbria University Hospitals NHS Trust for 22 years as a consultant specialising in stroke and geriatric medicine. He was a real ambassador for the Trust and was a Professor with UCLan following the creation of the West Cumberland Medical Education Centre in Whitehaven.

"Having met and worked alongside Dr Orugun, it was an honour and privilege to win the award."

Shelbi Hurst, who has just completed her final year as a physician associate trainee and has spent time working at West Cumberland Hospital, said:

“Having met and worked alongside Dr Orugun, it was an honour and privilege to win the award. He was an amazing educator, clinician and friend whose smile and positivity would light up any room. If I became half the clinician he was, I would be very proud of myself.”

The role of physician associate is part of the Composite Workforce Model at West Cumberland Hospital which is made up of clinicians from a variety of clinical backgrounds rather than the traditional medical model which is hard to recruit to. The model also includes advanced clinical practitioners, academic fellows and GP trainees. The model won a national award at the Healthcare People Management Association (HPMA) Excellence awards in June 2017. 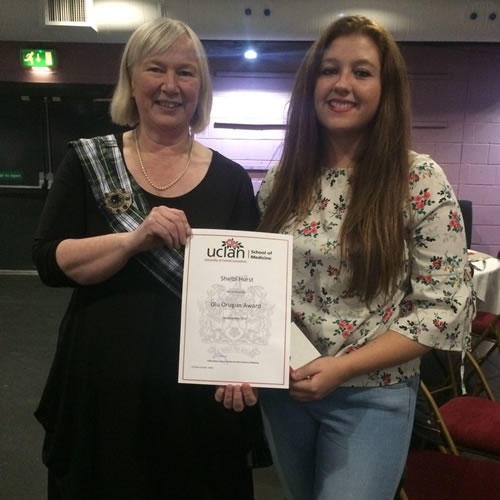