Jack Parker is among 10 nominees for The Drum magazine prize

A former student from the University of Central Lancashire (UCLan) has been nominated for The Drum magazine’s Young Designer of the Year Award.

Jack Parker, who studied graphic design and graduated in 2017, has been shortlisted alongside nine others for the inaugural prize, due to be announced at a ceremony in London.

The award is open to designers under the age of 30, and can provide much-needed publicity to those trying to make an early break into the industry.

Jack paid tribute to the help and guidance he received on his course at the University, stating that it helped him to start making his mark in the world of design before he finished last year.

He said: “The creative graphic design course at UCLan is second to none.

“They teach you early on how to identify a good idea and ultimately how to craft it finding just the right balance for the best execution possible. Once the penny drops, it's down to you to produce the work then.

“The industry links that some of the tutors bring with them too are top notch.

“I think the most enjoyable memories for me would be the late nights spent slowly seeing projects progress and ideas come together, ultimately forming a portfolio fit to get a job out in the industry.”

"Jack was always strong on idea generation. The graphic design course at Preston gave him the ideal platform on which to flourish."

Jack was nominated for designing a Christmas-themed Fairy Liquid bottle, manufactured in the shape of a Christmas tree.

That idea is what he believes caught the eye of the judges for the award, and earned him his place in the last 10.
Given the fact that some of the other finalists have had far greater industry experience than himself, Jack doesn’t see himself as one of the immediate leading contenders - but that is something that could work in his favour.

He continued: “I think due to the age range for the Young Designer of the Year going up to 30, a few of the nominees have entered work from throughout their years working in the industry collaborating and entering work that has been built by a professional team. The majority of my work put together for my entry is my student work coming straight out of my time spent studying graphic design at Preston.

“I might be a bit of an underdog amongst the nominees in terms of experience, but maybe that's a good thing. Just to see my name featured across The Drum magazine articles was enough of a buzz alone, never mind being nominated and invited to the ceremony in London with the opportunity to win such a reputable award.

Jack’s lecturer at UCLan, Jon Harker, added that he isn’t surprised to see his ex-student flying in the world of design, due to the quality of the course and his creative abilities.

“Jack was always strong on idea generation. The graphic design course at Preston gave him the ideal platform on which to flourish.”

Following his graduation last summer, things have been a whirlwind for Jack.

Alongside being nominated for The Drum magazine award, he secured a job almost instantly after leaving UCLan but has since decided to change his career path to bring even more success.

He stated: “Since graduating I was lucky enough to receive a few offers and land a job pretty much straight away with B&B Studio, which is an award winning packaging design agency based in East London.

“However, I have recently left to pursue a career in advertising. It has a lot of crossover with design and it's definitely something I have always had an interest in. I think that the best time to give it a shot and make the transition from design agency to ad agency is while I’m young.

“I'm currently looking at the Watford Advertising three month short course, which has a good reputation for people making this transition and trying to get a break in the Ad industry. So after all this it looks like I'm going to be a student again.” 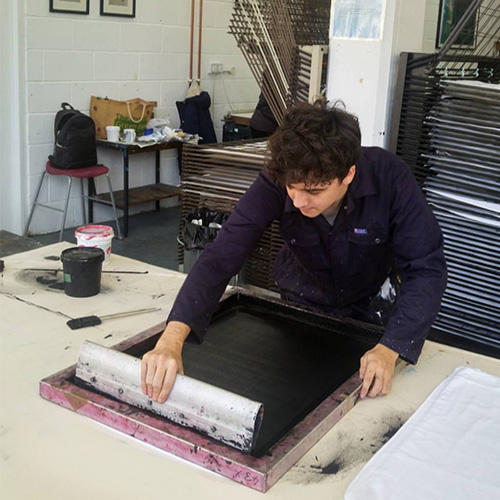