Ask an expert: How the COVID-19 pandemic could have a long term impact on the future of live music in England

Tony Rigg, lecturer in Music Industry Management at UCLan, looks at the effect COVID-19 is having on the live music industry and the ability of some music venues to survive the pandemic

st all live music venues in England have had to close their doors to visitors, with the prospect of any potential re-opening in the months to come remaining very uncertain.

The situation has pushed some smaller music venues across the country close to the point of extinction already, including several in the North West region.

While the lockdown remains in place what are the prospects for live music and concert venues, as well as festivals, to stay in business and how will musicians themselves move forward as the pandemic continues to impact?

Tony Rigg is a music industry professional and educator affiliated with the University of Central Lancashire (UCLan). Here he looks at what the very real long term impact may be of the Coronavirus on the live music industry.

What do you think the short and long-term effects of Coronavirus on live music will be, particularly economically?

Pulling the plug on all social gatherings has caused an instant crisis for the live music industries. The restrictions have created a revenue vacuum across the whole supply-chain and it is not clear at this stage, exactly how long this is going to continue. This will be determined by the government and influenced by the developing risk position associated with the spread of the Coronavirus.

Summer is traditionally when the majority of festival activities take place, particularly in places like the UK, when the weather is at its best. The logistical complexities associated with large outdoor events mean they cannot easily be switched off without cost or switched back on again once postponed. Consequently, it is possible that for many, the best part of the year’s live music associated revenues will be lost however, there are different aspects of the live music industry that have different seasonal patterns. 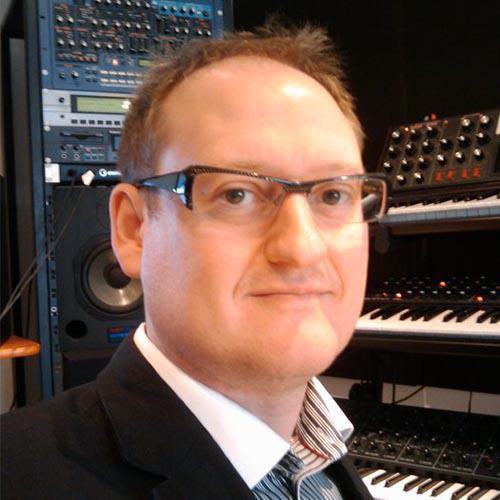 A number of big summer music festivals like Glastonbury and Download have already been cancelled their events for this year and there is a hope, particularly among some of the smaller summer festivals under threat that fans will want to hang onto their tickets until next year – thus effectively helping them to survive.

With regard to when things might return to some kind of normality, things are unlikely to ever be the same again, rather a before and after Covid19 scenario. In the transitional period, how people will react and respond will vary. Some people will be desperate to get out and head straight to the nearest event as a reaction to having been restricted. Furthermore, it is not uncommon to see people adopting a ‘you only live once’ (Y.O.L.O.) attitude in times of adversity. Others will be more cautious about going back to busy public spaces, but it is likely to take a while for new norms to be established. Generally speaking, certain market segments will probably exhibit certain behaviours.

That said, there is evidence of social gatherings involving live music performance even in the earliest of societies. Such deep roots, coupled with almost consistent growth in global live music revenues over the last 20 years suggest live music and public congregation are an important part of our behavioural repertoire and likely to continue long term, though we should expect the precise mode and manner to continue evolving, as it always has.

Do you think live venues will be able to recover from the financial impact the current lockdown will have on them?

Risking stating the obvious, revenues minus costs equal profit or loss. Businesses where a greater percentage of their costs vary in accordance to event delivery, may be able to manoeuvre and reduce costs in relation to income but those businesses with a heavier fixed cost base, such as music venues and venue chains may be a lot more vulnerable. Organisations with greater financial reserves will be in a better position to weather a storm and some of the government initiatives may help to a degree, but the Coronavirus will take its toll on a significant number of people and businesses whose activities rely on live music.

Even before this crisis emerged, we had already seen a number of significant smaller music venues having to close their doors for the last time. In Manchester for example, the Roadhouse venue in the city centre has gone alongside other such destinations as the Ruby Lounge and Sound Control.

The Coronavirus certainly won’t improve the outlook for smaller venues and for some it may be impossible for them to recover from the pandemic’s impact. Just in the last few weeks we have seen popular grass roots venues like the Ferret in Preston, Lancashire, launching crowd funding pages to try and help raise funds to keep themselves afloat with the support of customers and fans. In addition a national fundraising initiative #Saveourvenues is now trying to assist over 550 grassroots venues across the country who are now facing potential extinction because of the impact of the pandemic.

Grass Roots Music Venues (GMVS) like this have historically played a valuable role in musical eco systems, providing a platform for future stars to develop their craft and places for music scenes to form and develop. Organisations like the Music Venue Trust have championed their cause and have provided excellent support, which is something they are continuing to do through the current crisis. It is likely in the current situation that businesses like this, many of whom will have already been financially fragile, may simply not have the resources to pick themselves up and move forward once restrictions begin to ease.

Having visitors in these venues regularly enjoying live music is their lifeblood and with the complete absence of that lifeline for so long, financially it may just be too large a hurdle to overcome.

What about artists themselves, what impact do you think it will have on them and their ability to continue, particularly with live music revenue now being so crucial to their survival?

The Coronavirus is going to be a very difficult storm for many artists to weather. It is not uncommon for a significant proportion of income to come from live music related activities scheduled during the affected period and it is not just the revenue from performance fees and ticket sales and merchandise sales that will be lost. Music Venues, Events and Festival are all required pay license fees to royalty collection services such as ‘PRS for Music’, which includes percentages of concert and festival box office receipts. That money is then passed on to the rights holders. The absence of this is going to create another hole in the potential earnings of artists/ song writers who rely on such revenues.

Furthermore, Glastonbury and other popular festivals present excellent opportunities to connect talent with audiences, particularly for up and coming artists. Being denied such opportunities at a tipping point could stall or even damage careers.

There are a number of organisations that are offering emergency support including Arts Council England and PRS for Music. Clearly these institutions don’t have unlimited resources to fix all of the problems but they may well provide the vital financial aid that will help people through the most difficult of times.

Whilst it has been very important in the last 20 years or so for Artists to embrace ‘digital’, it has never been as important as it is today, particularly its monetisation.

Do you think that virtual live concert / performance streaming may now offer a new way forward for live music to survive through this crisis and beyond?

The technology with the potential to stream live performances in real-time has been around for some time and is a feature on a number of popular digital platforms such as Youtube, Facebook, Patreon, et al. Whilst some artists have had reasonable results using these platforms, to this point it certainly hasn’t been widely adopted as a replacement for the full live shared music experience. There are many reasons for this, including the current standard of digitally mediated live experiences being significantly less immersive than ‘real-world’ live experiences however, gaps of this nature could be bridged by new and existing technologies, such as virtual reality (V.R.), subject to them becoming more accessible/ affordable in the future.

People who can come up with innovative solutions at this time could gain real advantage moving forward. The technologies we currently have access to hold greater potential to do a lot more than they are currently being used for.

The challenges thrown up by the current predicament will no doubt serve as a catalyst for artists, music business, and consumers to re-evaluate how live music is performed, monetised and experienced.