Alumnus, Simon, shares his journey to work for PlayStation

With a keen interest in computer programming, Simon chose to study Software Engineering at the University of Central Lancashire after a recommendation from his brother.

"I was fortunate that my older brother was already on the course so he was able to vouch for the quality of the course, making it an easy choice. I didn’t apply for any other courses which wasn’t popular with my college, but it worked for me."

After graduation, Simon’s career started when he secured a full-time job at BAE Systems as a Graduate Software Engineer. His role involved working within safety critical software development, a topic Simon studied at UCLan.

Being a keen gamer, Simon took the opportunity to move into the Flight Simulation Department as part of the BAE Systems graduate development programme. He gained access to cutting-edge real-time computer graphic systems that powered the simulators. Simon said: “I was fortunate to learn all about immersive technology such as augmented reality, virtual reality and mixed reality in this cutting-edge facility.”

As a Simulation Engineer, Simon was involved in many projects from creating a professional Formula One simulator to supporting the Evolution Studios games company in making a Eurofighter Typhoon video game. Reflecting on this work, Simon said: That project intrigued me the most. I was always a keen gamer and when I saw what the games team could achieve on a very modest PC, I really wanted to know how they did it. We often used many super computers to drive a simulation so I wanted to learn more about the efficiencies that the games teams utilised.”

After a stint at BAE Systems, Simon joined Evolution Studios, a start-up games company. During his time there, Simon progressed quickly from a games programmer to lead programmer and then producer where he managed the whole team. He said: “We went on to grow the studio from five to 180 people in five years, creating five games and selling over 10 million copies.”

Sony PlayStation bought Evolution Studios due to the success that the studio achieved and Simon continued to work for them in a role that focussed on technology, working on pioneering stereoscopic 3D console gaming. He won two Lumiere Awards for creating 3D gaming on PlayStation 3 and virtual reality on PlayStation 4.

Reflecting on his time at PlayStation, Simon said: Our expertise in immersive technology enabled us to create a great solution and Sony involved us in their global 3D strategy, connecting us to many global divisions working on a wide range of projects such as 3D movies, 3D TV, 3D cinema projectors and consumer cameras etc.” 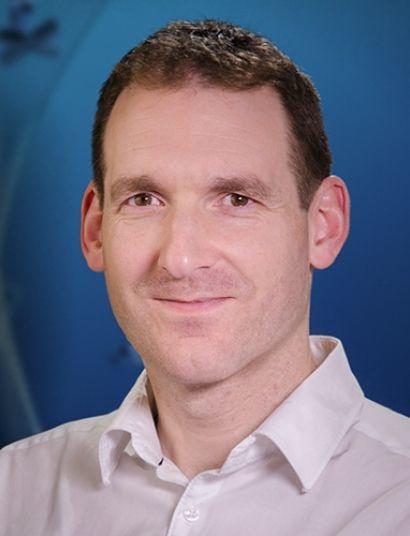 He continued: “We progressed to pioneer virtual reality as a natural evolution of 3D gaming and were able to develop and deliver this to a high standard by drawing on the relationships we developed during the 3D gaming project. PlayStation VR went on to become the world’s most successful VR headset, an achievement that I am very proud to have been an influential part of.”

Recently Simon set up his own business “Talent For Tech Ltd”, specialising in immersive technology and specialist technology consulting. Simon supports businesses and organisations of all sizes to be successful with their technology decision-making and helps to facilitate success by introducing them to the right partners and solutions.

Simon is also cited as an inventor on over 50 international patents in the immersive field and he has won the Gold Innovation Award from BAE Systems.

When asked about what advice he would give to graduates or prospective students wanting to do something similar, Simon said: “Many people believe that it can be hard to get into the games industry and give up quickly or look to other industries, but it is important to immerse yourself in the space and not to give up as there is actually a huge shortage of skilled people in the games industry.

“Persevere and keep making things to show off both your skills and determination, the additional effort goes a long way in an interview.”

If Simon’s story has inspired you, it's time to take the next step in your journey
Explore Computer Science today