After graduating from the University of Central Lancashire in 2005 with a BA (Hons) International Hospitality Management, Leanne’s career has gone from strength to strength and she’s currently working as a General Manager at Jesmond Dene House, an AA four red star and two Rosette hotel in the North East of England

Leanne chose to study International Hospitality Management at UCLan having been introduced to hospitality as a teenager by family and friends who worked in the industry. She said: “I knew that this was the career path I wanted to go down but I wanted to have a degree behind me rather than go straight in to the industry on a full-time basis.”

During her time at University, Leanne was given the opportunity to undertake her work placement in Shenzhen, China, working for the Holiday Inn as a Front Office Management Trainee. Leanne said: “Having the chance to travel and learn about new cultures was an amazing opportunity.” 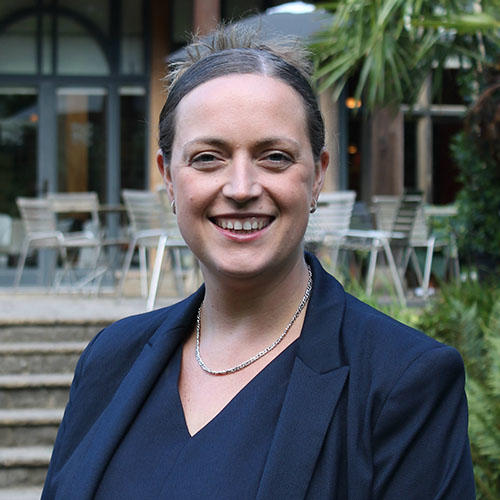 "All the modules I took as part of my course have helped me along the way and the biggest advice I could give would be to take every opportunity that comes your way. The fact that I have been to China to do my work placement has made a massive difference to my CV, as well as how much I learnt as a result. I often have staff who are somewhat worried about telling me that they want to go travelling for a few months/complete a ski season etc but I always say grab every chance you can!"

After graduating, Leanne went to Baltimore, USA, to start a Graduate Management Programme with Marriott Hotels where she spent a year before returning to the UK and continuing to work for Marriott Hotels as an Assistant Restaurant and Bars Manager in Liverpool.

After a stint with Marriott Hotels, Leanne was offered the position of Assistant General Manager at The Three Fishes pub, which is part of the Ribble Valley Inns group, and she took the opportunity to further her management skills in a quality food and beverage outlet. In 2009, she was promoted to General Manager of the newest pub to be opened by the group, The Bull at Broughton.

In 2015, Leanne and her husband decided to move to the North East and open a wedding venue together called Healy Barn, part of the Cripps Barn Group. The venue was very successful and they were awarded Best New Wedding Venue in the UK at the UK Wedding Awards in 2016.

It was in June 2018 that Leanne was offered the position of General Manager at Jesmond Dene House. Leanne said: “Although at first, this seemed far too big a challenge for me, it was also too good an opportunity to turn down. The role is really giving me the chance to pull together all my different experiences within the industry.”