Event Management graduate, Kenzie Baldock, was known to her friends as being organised and fun and was always the one to arrange social activities. Kenzie chose a course that kept her career options open whilst feeding her creativity. 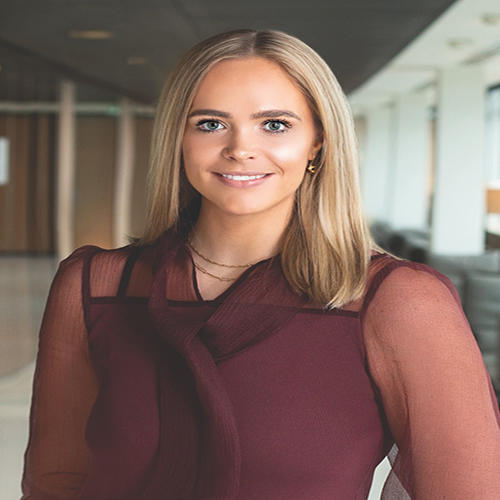 During her third year, Kenzie fulfilled a 48-week placement at the Walt Disney World Resort in Florida. It was a great opportunity for her to gain some hands-on industry experience and in Kenzie’s words, “I had a blast”. She also undertook other work experience placements organising events and doing marketing, PR and advertising to help her understand what career path to follow.

After graduation, Kenzie went travelling around the world before settling down to start a graduate marketing and events job at law firm, Schillings, located in London and New York. She then completed a CIM Diploma in Professional Marketing to enhance her future career development.

Kenzie stayed with Schillings for six years, establishing herself as a strategic marketing professional, building networks in London and the USA and now works as Marketing Manager at global law firm, Orrick, Herrington & Sutcliffe LLP. Kenzie’s role involves maximising the UK office's external brand through marketing and communications activity, as well as devising strategies to help the business achieve its objectives.

Professionally, Kenzie’s greatest achievement so far was winning the Rising Star Award at the 2018 Citywealth Brand Management & Reputation Awards for ‘consistently displaying creativity, innovation and impact in her work, making her a future leader in the industry’.

Looking back on her time at University, Kenzie has some lasting memories. She said: “I’ve held on to so many special friendships that I made through UCLan and my international college programme at Disney, and still keep in touch with a great number of those people. I played in the University’s netball club from first year through to final year, which was a real collaborative sisterhood. We won Varsity, went on international tours and I was appointed both captain and social secretary.” Kenzie was also proud to win 'Best Student Event' at the 2011 UK Event Awards and was awarded the school's 2013 'Prize for Exceptional Performance'.

"Higher education was a huge character-building experience which encouraged growth, independence and preparation for that 'big world'. I'm proud of where I've come and the choices I’ve made to get where I am"