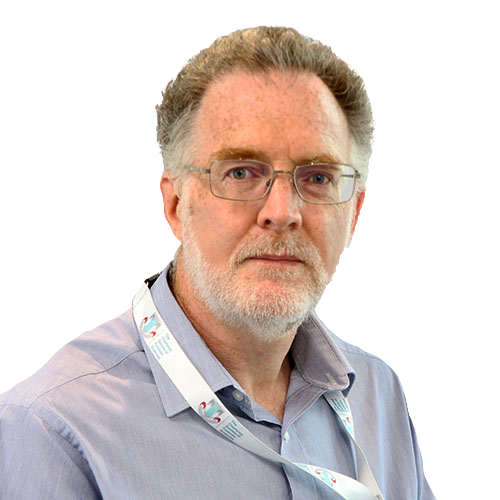 Stephen Andrews is a senior lecturer at UCLan specialising in Forensic Fire Investigation. He teaches at postgraduate level and undergraduate level on forensic science and fire engineering courses. He also has a specialist interest in forensic firearms examination and gunshot residue analysis. Stephen is an expert witness in forensic fire investigation and has attended Crown courts and Coroners courts in England & Wales on many occasions over more than 20 years. He has been involved in many fatal fire and fire-related murder investigations.

Stephen Andrews became professionally interested in fires and fire investigation during his Master's degree at Cranfield. His MSc thesis was “The potential of a water-based mist for the suppression of vehicle fires”. This was a large-scale practical study of water mist for fire suppression and passenger survival in aircraft accident fires. Stephen began his professional career in fire science and investigation at the Fire Research Station (FRS) of the Building Research Establishment (BRE, now called BRE Global), between 1989 and 1992. He researched active fire protection systems, in particular water mist systems for life safety. He began attending fire scenes during this time. Between 1992 and 1998, Stephen was a Higher Scientific Officer at the Fire & Explosions laboratory of the Health & Safety Laboratory (HSL), which is part of the Health & Safety Executive. He specialised in dust explosion research and explosion incident reconstruction testing. During his 7 years at HSL he became more involved in the investigation of explosion and fire incidents In 1998 Stephen became a forensic scientist, joining the Forensic Science Service (FSS Ltd) at their northwest laboratory in Chorley.

He was employed as a full time fire investigator, attending fire scenes, gas and petrol vapour explosion scenes, and carrying out laboratory examinations of fire debris. With his background in fire and explosion medium and large scale testing, he developed a reputation for performing incident reconstruction fire and explosion tests in forensic case work. He specialised in fatal fire case work, and developed a particular interest in cases where people had been set on fire. He developed a fire test dummy for fire reconstruction testing in "immolation" cases. As a senior forensic scientist he was the Chorley site fire scene lead and the latterly the Chorley site lead for all crime scene casework. Stephen also trained in forensic firearms examination at the Northern Firearm Unit of the Forensic Science Service, and latterly became the firearms safety officer for the Chorley laboratory. Stephen began teaching practical fire investigation to fire service and police scenes of crime personnel in 2000, and was a regular instructor on short courses with the National Centre for Training in Scenes of Crime (later called "Centrex", now College of Policing), at their Harperley Hall site, Teesside Airport, and the Fire Service College. Stephen joined the University of Central Lancashire in 2010, during the closure of the Forensic Science Service. He continues to practice as a private forensic consultant in forensic fire investigation, working as an associate of Fire Investigations (UK) LLP. This mainly involves criminal case work, including fire reconstruction testing.