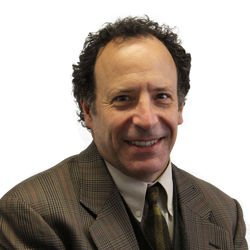 One of the UK's senior scholars in American Studies, Will teaches across a range of topics in American literature and cultural history. He has published widely in such areas as US protest music (with particular emphasis on Woody Guthrie), the Civil War in culture, American comedy and satire, the culture of the 1970s, and transatlantic studies.

In addition to his undergraduate teaching and postgraduate supervision, Will is one of our leading researchers in American literature and culture. He is universally recognised as the world’s leading authority on the American folk balladeer, Woody Guthrie, having published three ground-breaking books on him: 'Woody Guthrie, American Radical' (2011), 'Woody Guthrie's Modern World Blues' (2017) and 'Mapping Woody Guthrie' (2019). Also a semi-professional folksinger and multi-instrumentalist, Will has toured Europe and the United States with his live musical documentaries on Guthrie. He has appeared at such high-profile showcases as the Glastonbury Festival, the Bath International Music Festival, the Whitby Folk Festival, and the Chester Literature Festival, as well as hundreds of music venues on both sides of the Atlantic. Will's scholarship and performances on Guthrie have attracted the public praise of eminent musical figures such as Pete Seeger, Tom Paxton, Ry Cooder, and Ralph McTell. Most recently, it was Will who brought to light Guthrie’s archival writings against the racist policies of his Brooklyn landlord, Fred C. Trump — the US President’s father — in the 1950s.

Will Kaufman is a graduate of Montclair State College (now University) in New Jersey, with a degree in English and History. He was a Marshall Scholar at the University of Wales, Aberystwyth, where he earned a PhD in American Literature. After two years' teaching in English and American Studies at North Staffordshire Polytechnic (now Staffordshire University), he served with Voluntary Service Overseas in Indonesia, teaching English at Sriwijaya University in Sumatra. Upon his return to the UK in 1990, Will joined the English team at Lancashire Polytechnic, which became the University of Central Lancashire in 1992. It was here that Will developed a diverse and acclaimed profile in American Studies research and teaching, leading to senior executive roles in the British Association for American Studies, of which he has been a member since 1986.

Will's first monograph, 'The Comedian As Confidence Man' (Wayne State UP, 1997; reprinted 2020) introduced the concept of 'irony fatigue' to the discussion of comedic expression, focusing on the conflict between the social critic who demands to be taken seriously and the comedian who never can be. The book engaged with the careers of such notable American comedians - both literary and performing - as Benjamin Franklin, Herman Melville, Mark Twain, Sinclair Lewis, Lenny Bruce, Kurt Vonnegut, Garrison Keillor and Bill Hicks. Will has been instrumental in developing the field of Transatlantic Studies, having edited two ground-breaking collections with Heidi Slettedahl Macpherson, 'Transatlantic Studies' (University Press of America, 2000) and 'New Perspectives in Transatlantic Studies' (University Press of America, 2002). In 2005 Will conceived and began editing the 6-title, 18-volume Transatlantic Relations Encyclopaedia Series for ABC-Clio, including the flagship 3-volume title edited with Macpherson, 'Britain and the Americas'. Will's second monograph, 'The Civil War in American Culture' (Edinburgh UP, 2006), funded by a research grant from the Arts and Humanities Research Council (AHRC), is a title in the BAAS Paperbacks Series; it explores the place of the Civil War in such cultural arenas as literature, film, drama, popular music, computer games and historical re-enactment. Will's third monograph, 'American Culture in the 1970s' (Edinburgh UP, 2009) examines a range of texts and practices that both define and problematise the cultural output of the decade - fiction and poetry, film and visual art, television and drama, popular music and style, and public space and spectacle. As a recipient of two Woody Guthrie Research Fellowships from the Broadcast Music Industry Foundation, Will completed the first political biography of Guthrie, 'Woody Guthrie, American Radical' (University of Oklahoma Press, 2011) as well as 'Woody Guthrie’s Modern World Blues' (Oklahoma, 2017), an examination of Guthrie’s relation to American modernity, and 'Mapping Woody Guthrie' (Oklahoma, 2019), which looks at the impact of time and place on Guthrie's writing. In collaboration with leading US folk music scholar Ronald D. Cohen, Will co-authored 'Singing for Peace' (Routledge, 2014), a history of anti-war songs in American history. Will is currently at work on a study of song and struggle in US history in the years prior to the arrival of Woody Guthrie.