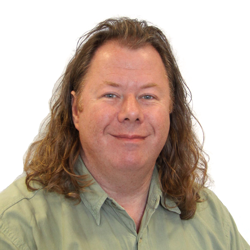 Philip B Whyman is Professor of Economics and Co-Director of the UCLan Research Centre for Business, Management and Enterprise (URCBME). In this role, Philip leads the research activity of the university in the field of economics and political economy. He teaches aspects of economic policy and European economics, and supervisors doctoral students in areas pertaining to economics, economic policy, cooperatives, the Preston Model, labour economics and workplace flexibility.

Professor Whyman has published widely in the areas of economic policy, with particular emphasis upon European economics and the impact of Brexit. His most recent monographs include The Economics of Brexit (Palgrave, 2017 and 2020), Rethinking Economic and Monetary Policy in Europe (Routledge, 2018) and The Preston Model and Community Wealth Building: Creating a Socio-Economic Democracy for the Future (Routledge, 2020 forthcoming).

Formerly educated at the University of Bradford, Philip has worked in both the public and private sectors, including a year as a Swedish Institute Scholar at Stockholm University and a researcher for the trade union USDAW. He has acted as economic advisor for Global Britain and the Forum for Private Business. Professor Whyman has spoken widely on the issue of Brexit, and his research has been cited in the Wall Street Journal, The Guardian, The Today Programme and has been interviewed by Dutch and Japanese broadcasters. His research into local economic development and the Preston Model has been commissioned by local and national policymakers, including the Lancashire County Council, the Local Economic Partnership, the Department of Trade and Industry and NESTA (formerly the National Endowment for Science, Technology and the Arts).