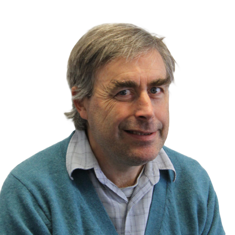 Alan is Director of the UCLan Research Centre in Migration, Diaspora and Exile and Co-Director of the Institute for Black Atlantic Research. Alan's scholarship has led to collaborative projects with museums and community organisations. He has published 3 monographs and many articles. He teaches across a range of subjects for our literature and cultural team. Alan was awarded a National Teaching Fellowship by the Higher Education Academy in 2007. Alan also supervises postgraduate projects on American and Black Atlantic subjects.

Alan was appointed Professor in 2012 and formed the Institute for Black Atlantic Research (IBAR), Britain's first culturally focused research centre on the Black Atlantic in 2014 as co-director with Lubaina Himid. More recently in 2019 he was appointed Director of the UCLan Research Centre for Migration, Diaspora and Exile (MIDEX) which has over 60 members across the University. His expertise has led to being invited to give public lectures over 100 times including in the USA, Spain, Germany, France, Poland, Denmark, Greece, Italy, Holland and Switzerland. He has been successful in securing three European Union Marie Sklodwsky Curie Intra-European Fellowship grants since 2014 with German and Polish postdoctoral fellows (Raphael Hoermann, Izabella Penier & Astrid Haas) all doing projects on the Black Atlantic and in 2019 secured Leverhulme Trust Fellowship funding for a 3 year project on Women in the Haitian Revolution (Nicole Willson fellow).