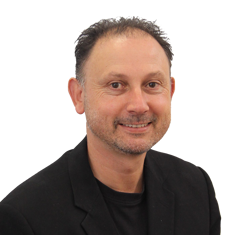 Jez has a background in law and social work. He qualified as a social worker in 1991. He has practised in the fields of substance misuse, mental health, homelessness and learning disability. Since coming to the University in 2000, he has specialised in practice near research using participatory and community engagement methodologies.

Jez is part of the School's Senior Leadership Team. His management responsibilities include:

• Oversight of the BA Community and Social Care: Policy and Practice

• Business development manager for Centre for Citizenship and Community

Jez is research active within the area of social work and social policy and is a member of the Centre for Citizenship and Community. He teaches on the BA Social Work, MA Social Work and BA Community and Social Care programmes.

Jez began his career working as a volunteer with homeless people in Coventry. He went on to work with in homelessness projects in London and Nottingham before qualifying as a social worker in 1991. Homelessness was often under-pinned by issues such as mental health and substance misuse and between 1991 and 2000 Jez worked in a variety of substance misuse services in the North West of England, including Chorley and South Ribble Community Drug Team and Lifeline in Manchester. Since coming to the University in 2000, Jez has specialised in practice near research using participatory and community engagement methodologies. He has managed programmes of work with a range of so called 'hard to reach' communities including: black and minority ethnic groups, faith groups, refugees and asylum seekers, LGBT groups,  travellers, older people, offenders, mental health service users, substance misusers, and people with learning disabilities. Such programmes have taken place in a number of different domains including substance misuse, mental health, the prevention of violent extremism, regeneration and the reduction of health and social inequalities. Key national partners have included the Care Quality Commission, the People’s Health Trust, the Home Office, the Department of Health, Victim Support, MENCAP, the General Medical Council and Kidney Research UK. Regional and local partners have included, among others, the Greater London Authority, Hackney Metropolitan Council, Trafford Metropolitan Council, LGBT Foundation, NHS Leeds, Lancashire Care Foundation Trust and Birmingham and Solihull CCG. Jez has a strong interest in the value, role and strength of community and community connections. His current work is underpinned by theoretical approaches encompassing Asset Based Community Development, Social Capital and Social Network Analysis.