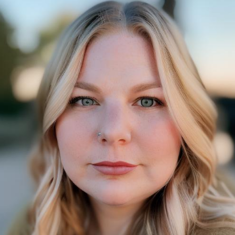 Evan teaches across the politics and international relations programs, both at Masters and Undergraduate level. She has collaborated with various organizations to help embed research into practice and often guest lectures within the field of policing. She is an internationally recognized expert on terrorism and security and often consults with the media on topics related to terrorism and American Politics. Evan is a Fellow of the Higher Education Academy and is consistently recognized for her innovative and inspiring approaches to teaching.

Evan has conducted extensive fieldwork in the Basque Country in Spain and has developed an extensive understanding on how Civil Society plays a role in the transition to Democracy and how it plays a part in hindering a terrorist organization. Evan’s current research looks at the role community policing and government counterterrorism policy plays in combating terrorism and radicalization. She specializes in non-traditional forms of counterterrorism and de-radicalisation; focusing on the role, that UK counterterrorism policy has on communities in the UK. She also has specialties in understanding new forms of radicalization championed by terrorist groups.

Evan has worked with UK Home Office funded safeguarding grants to develop frameworks for understanding the impact of embedding the PREVENT guidance into schools and has helped lead the implementation of these programs in Lancashire. She is also part of the MET Police Force's Counter-Terrorism Credible Voices program.

Evan has specialist knowledge of American foreign policy and US government. Through working for the US House of Representatives, The US Senate, and several presidential election campaigns.

She has hosted several special programs on the BBC around the US election in 2016 and regularly appears as a guest on BBC 5 Lives Political Call In show. She comments on terrorism and security matters with a variety of media sources including the BBC, ITV, PBS, CNN, Russia Today, and Talk Radio. Additionally, Evan has taken part in several BBC World Service fringe events at the major political party conferences focusing on terrorism, security, and radicalization.