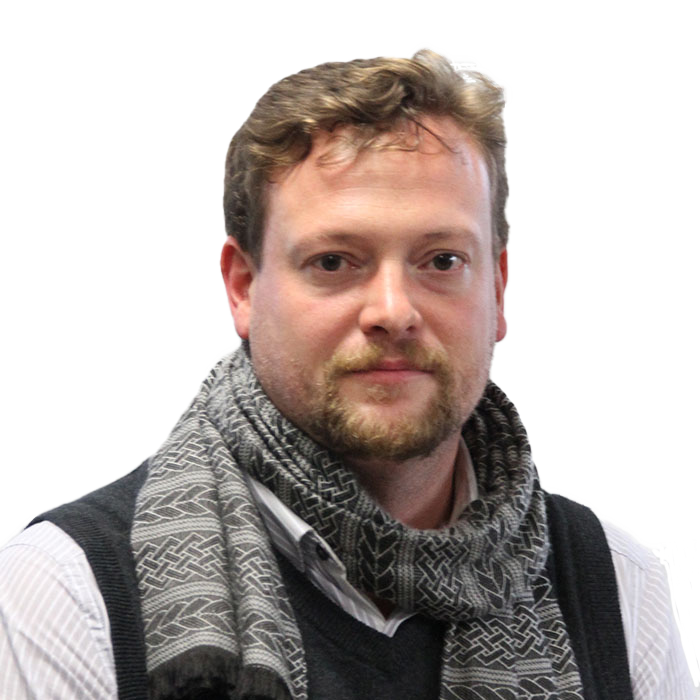 Professor of Archaeology, Director of the UCLan Research Centre for Field Archaeology and Forensic Taphonomy
School of Natural Sciences

Professor Duncan Sayer is a leading expert in historical archaeology and has a particular interest in early medieval cemeteries, migration, death, burial and ethics. Duncan has lead field work projects for over 20 year, most recently these have included Oakington early Anglo-Saxon cemetery and Ribchester Roman fort. As a result Duncan is currently collaborating with DNA labs in Harvard and Max Planck to put together one of the largest ancient DNA projects in Europe.

Duncan teaches a range of subjects including early medieval/post Roman Europe, death and the dead body and theoretical archaeology. He is the Director of the UCLan Research Centre for Field Archaeology and Forensic Taphonomy. Duncan’s books include 'Ethics and Burial Archaeology' (published by Bloomsbury) 'Mortuary Practice and Social Identity' (Liverpool University Press) and most recently 'Early Anglo-Saxon cemeteries: Kinship, community and identity', published by Manchester University Press and available Open Access.

He is also an editor for the book series ‘Social Archaeology and Material Worlds’, Manchester University Press.

In 2017 Professor Sayer was a Visiting Associate Professor to the Faculty of the Arts and Humanities at the Australian National University. He is a Research Associate at the Centre for Death and Society, University of Bath, and has presented at international conferences all over the world. Duncan has been invited to present at research seminars in Germany, Sweden, the Czech Republic, Australia, Ireland and the USA.

He has run conferences for the Association for the Study of Death and Society, The Society of Medieval Archaeology and as part of an interdisciplinary network looking at the cultural encounters with the corpse. In fact, one of The first things Duncan did after his undergraduate degree was co-organdie a conference looking at Public Archaeology in the 20st century, we had over 250 delegates.

His research projects have been funded by Historic England, Leverhulme, the ESRC, IFR and ANU as well as HEFC via the Dimond research facility.

Duncan has appeared on BBC4’s ‘Digging for Britain’ in shows first broadcast in 2017, 2016 and 2015 and widely repeated since. These shows focus on the excavation at Oakington and Ribchester. He also appeared on BBC2’s ‘The Truth About King Arthur’ (2018) which looked at ancient DNA and migration evidence from early Anglo-Saxon cemeteries, He has been interviewed for number of news items including ITV Look East and other local TV and radio programmes.

Around 2010m or slightly before Professor Sayer began on an ambitious review of the internal organisation of early Anglo-Saxon cemeteries. This project took over years, saw the development of new approaches to spatial statistics, stature, and chronology and required the physical experience of excavation to understand. The projects aim was to take a holistic and comprehensive approach to understanding cemetery development and horizontal stratigraphy and to use this to really drill down into the complex, unique local development of cemetery sites to explore the role of the individual, the family and household and their impact on localised expressions of gender, life course and wealth. A number of research papers resulted, and these present a methodological perspectives on space, social time or the dynamic of regional mobility and family identity. The largest single product of this project has been the publication of large open access book titled ‘Early Anglo-Saxon cemeteries: Kinship, community, identity’

The DNA of Early Medieval Migration

Our history is contained with our Genes. An exploration of this ideas with Stephan Schiffels who was at the Sagner Institute. This first exploration of the biology of migration was first published in Nature Communication in 2016. It explored samples for Oakington sixth century cemetery, since then we have expanded the collaboration to include Max Planck, Jena, Harvard and Huddersfield and we have been busy collecting samples, lots and lots of samples from the UK and the continent. The results are spectacular. Watch out for the forthcoming publications for more.

The Ribchester Project was a five-year excavation situated over the north gate of the Roman fort. It combined excavation and heritage project involving geophysics, survey, text pitting and a large excavation focused on the later fort. The project contributed to the protection of the fort, and cumulated in Ribchester being removed from English Heritages at Risk List. Importantly it has also established that occupation within the fort extended well beyond AD370 when it was believed abandoned. During the excavation and initial post excavation phase we collected and sieved one of the most comprehensive environmental samples possible. The project involved collaboration the ANU, and was funded via this collaboration, thought the IFR and contributions for English Heritage. Post Excavation work continues. Visit the discussion about this project on the Foreign countries podcast.

Oakington was a large early Anglo-Saxon cemetery in Cambridgeshire dated between he early fifth and sixth centuries AD. I was PI for the excavation between 2010 and 2014 and worked in collaboration with Oxford Archaeology East and Manchester Metropolitan University. Funding came for the IFR (Excavation) and Leverhulem (Outreach) and Welcome (DNA) with university support for a dedicated PhD student looking at tooth metrics. The primary aims of the project were to look at life on the edge of the fen in the early middle ages, and to explore the ethics and heritage implications of excavating the ancient dead without screens and in full public view.

At the time of writing there are seven key publications which report results from this project and have looked at the ancient DNA, the long term impact of excavating the dead within a community outreach project, or the presence of a pregnant woman, or fully articulated cow on the site as well as its spatial origination and dating. Post Excavation work.