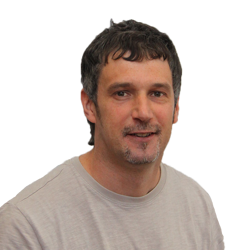 Jonathan teaches across a range of subjects and courses within our School, with specialist expertise in the history, politics and theory of social welfare development, comparative social welfare, and the impact of ideology on the organisation and delivery of welfare services. He is a Fellow of the Higher Education Academy, and supervises dissertations from BA to Doctoral level.

Jonathan is the Course Leader for the MA Social Policy programme and is a module leader on a range of modules, teaching on the BA (Hons) Community and Social Care: Policy and Practice, MA Social Work, BA Social Work and Social Work Apprenticeship programmes. He is the dissertation co-ordinator for Community and Social Care and MA Social Policy students, and facilitates moderation events with our partner colleges. Jonathan's research interests centre upon Social Policy and welfare history, principally on the ideology, development and implementation of the Poor Law in Late-Victorian/Edwardian England, and also on the ideology and contemporary politics of welfare in modern Britain. He is a Director of Studies for PhD students within our School.

Jonathan studied History at the University of Manchester graduating with a BA in 1990 before moving on to postgraduate study at Manchester and was awarded his M. Phil. in History in 1995. He then decided to pursue a career in teaching, and taught A level students at the then Wigan College of Technology from 1996-97 in conjunction with studying for his teaching qualification and was awarded the Certificate in Education for Further Education Teachers by Manchester University in 1997. After qualifying as a teacher, Jonathan began part-time lecturing at the University of Central Lancashire in 1997, before becoming a full-time member of staff in the then School of Social Work in 2000. Jonathan thereafter took up PhD study at the University alongside his lecturing role and was awarded his doctorate in 2011. His doctoral study focused upon the administraton of the Poor Laws in Late-Victorian Wigan, which, focusing on debates around the 'Crusade' against outdoor relief, demonstrated how a particular poor law union constructed flexible local policy responses which enabled it to resist against the ideologically driven demands of central government. He became a Fellow of the Higher Education Aacdemy in 2013 and teaches students at all levels of undergraduate study, at MA level and is a Director of Studies for PhD students.

Currently working on an article on legacy of settlement rights/welfare entitlements in relation to Irish paupers and hostility towards them in North-West England within the context of the Poor Laws.