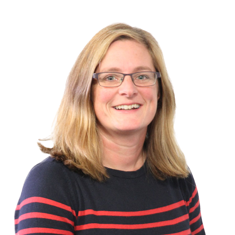 Jess is a Senior Lecturer in the School of Sport and Health Sciences. She teaches the sociology of sport and physical education, with a particular interest in equity and equality issues experienced by disabled people and women. Her research expertise lies specifically in visually impaired sport and her work has contributed to debates surrounding classification in disability sport. Jess supervises postgraduate researchers on a range of projects and is a Research Degree Tutor.

Jess teaches at undergraduate and postgraduate level on a range of modules focusing on the sociological aspects of sport and physical education. She teaches primarily on the BA (Hons) Sport & PE degree programme. Jess is a Fellow of the Higher Education Academy and has been recognised as a key contributor to the DigiLearn Sector for her use of digital technology within teaching and learning. Her current research focuses on sociological issues in visually impaired sport including: socialisation experiences, barriers and facilitators to participation and classification. She acts as a peer reviewer for a range of sport sociology and adapted physical activity journals. An experienced Director of Studies and Supervisor of a range of Masters and PhD research projects, Jess also supports postgraduate researchers in her role as Research Degree Tutor.

Before joining UCLan Jess graduated from the University of Stirling with a First-Class Honours degree in Economics with Sports Studies and a PhD entitled “Women’s Football in Scotland: An Interpretive Analysis”. In 2004 Jess joined UCLan as a Research Fellow of the International Football Institute. In this role she began conducting research on partially sighted football whilst working as Team Coordinator with the England Partially Sighted football squad at the IBSA Partially Sighted Football World Championships in Manchester 2004. This project lead to several publications and sparked her interest in visually impaired sport specifically and disability sport more broadly. In 2005 Jess helped organise the International Football Institute Conference 2005 “Women, Football and Europe” which coincided with the UEFA Women’s Euro 2005 tournament being hosted across England and attracted national and international academics and practitioners to UCLan. Jess became a Lecturer at UCLan in 2006, Senior Lecturer in 2008 and was Course Leader for the subject of Sport on the Combined Honours Degree Programme. She has taught across undergraduate and postgraduate programmes and is an established member of the Sport and Physical Education Course Team. A key part of her current role is acting as Director of Studies, Supervisor and Research Degree Tutor to postgraduate researchers. Her current research focuses on visually impaired sport and in May 2019 Jess hosted the first Visually Impaired Sport and Physical Activity Research Workshop to be held in the UK, attracting academics and practitioners to discuss research priorities in this field.

Jess’ PhD research uncovered the historical roots of women’s football in Scotland, explored the socialisation experiences of Scottish female footballers and examined the meaning of football in their lives. Her PhD research led to historical and sociological peer-reviewed journal articles. During her time as a postgraduate researcher, Jess also worked as a Research Assistant in the Institute for Sports Research on consultancy projects for Sport England, sportscotland and the Scottish Sports Association. Since being at UCLan, Jess’ research has focused on visually impaired sport, specifically partially sighted football. She has conducted several projects with partially sighted players at both grassroots and elite levels, exploring their experiences of socialisation into football, barriers and facilitators and experiences of classification. Her most recent research on visually impaired athletes’ experiences of classification, in collaboration with Dr Ben Powis (Solent University), contributed to classification debates in disability sport and was presented at the 2019 VISTA International Paralympic Committee Conference. Also in 2019, Jess was awarded funding to host the first Visually Impaired Sport and Physical Activity Research Workshop to be held in the UK, attracting academics and practitioners to discuss research priorities in this field. Jess has developed working relationships with a range of key stakeholders involved in visually impaired sport and inclusive physical education. Jess is an experienced Director of Studies and Supervisor of postgraduate research and has also led projects on the Undergraduate Research Internship Programme. She is currently part of the Research Team on a British Blind Sport funded project investigating Motor Competence and Development in Young People with Visual impairment, focusing specifically on interviews with children and their families.