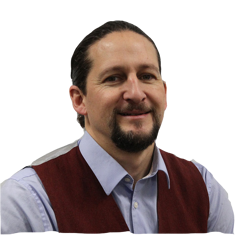 Hugh’s research applies object relation psychoanalysis to investigate the role of emotions in communication. He is particularly interested in the impact of risk aversion and therapeutic discourse on political agency, and how this impacts on other areas of social life. In doing so, his work draws on interdisciplinary scholarship including psychocultural studies, sociology, object relations psychoanalysis, media studies and the Birmingham School of Cultural Studies. His many research collaborations attest to his advocacy of transdisciplinary and team working. He has designed and delivered research-informed teaching on the screen representation of armed conflicts and international terrorism, and the role of emotions in political and popular culture. He has taught both social workers and media production students.

Hugh carries out process and outcome evaluations of arts organisations, as part of a small team called the Psychosocial Research Unit. We work with many National Portfolio Organisations across Lancashire and the North West. Hugh has recently completed a one year research programme at The Harris. A key feature of this evaluation work is the application of psychoanalytic and psychosocial theories to understand the processes that produce meaningful engagement and outcomes in socially engaged arts practice. Hugh is also the Module Leader for Psychosocial Studies.

Hugh always knew he wanted to work as an academic researcher, but needed to take a long and circuitous route to get there. After short periods working as a researcher in daytime talk television, and as an administrator in local schools, Hugh embarked on a study of emotions in politics in his local university library after work. From there he won a bursary to carry out his research full time at Roehampton University, London. There he learnt about psychoanalysis, in the context of understanding the power of representations, particularly in television and film. His completed doctorate is an analysis of how the 'war on terror' was depicted on American and British television screens. Whilst completing his doctorate Hugh played a part in the establishment of the Media and Inner World Research Network, led by Caroline Bainbridge and Candida Yates. This network brought together media academics, students and psychodynamic professionals in London and the south east of England. Together and separately they developed what they describe as a psychocultural approach to understanding the significance and affective dynamics of media in various forms.

The central theme of all Hugh's published research has been how ideology works through social and individual fantasies, attachments, desires, fears and anxieties. Hugh has explained and demonstrated how and why television and film programmes 'work' to produce or evoke particular responses in audiences. This is only possible by paying significant attention to who produces the programmes, and the cultural and political context that they produce in. For Hugh, first and foremost in this is the extent to which therapeutic language and consciousness of risk shape the way humans respond to crises, and think of themselves and how they relate to others. This results in limited responses and a gradual decline in political subjectivity - what we collectively think is possible.