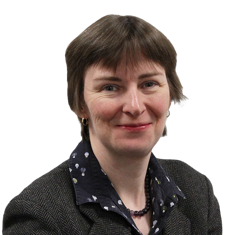 Dr Elena Artamonova is a Lecturer in Russian Studies, a Member of the Vladimir Vysotsky Centre for Russian Studies and a Member of the Lancashire Research Centre for Migration, Diaspora and Exile (MIDEX). She teaches a range of modules on Russian Culture and Language, and successfully combines her scholarly and viola performing activities with over 20 years of teaching experience.

Elena has published widely on Russian cultural history and music. Her work has been presented at many international conferences, and her world premier CDs on Toccata Classics have been received to a high critical acclaim. Elena joined the School of Humanities, Language and Global Studies in September 2018 and teaches a range of modules on Russian Culture, Music, History and Language at a variety of levels.

Dr Elena Artamonova is an accomplished and dedicated academic, violist and teacher, specialising in Russian cultural studies and interdisciplinary research combined with music performance. She has taught at leading colleges and schools, developing a very high reputation as a linguist and musician with exceptional results. In doing so Elena has designed and successfully taught courses at all levels combined with modules on Russian history, literature, music and culture, introducing new teaching resources, also providing academic tutoring, preparing students for national examinations, international music festivals and creative writing competitions, as well as organising workshops and cultural events.

Being fortunate to study with some outstanding professors in Russia, Germany, Switzerland and the UK, Elena has a number of international prizes, awards and Degrees with Distinction and First-Class Honours to her credit. She also holds a PhD in Performance Practice on Russian Avant-garde movement of the turn of the 20th century defended at Goldsmiths, University of London, in January 2014. This unique experience provided a flexible, broad and innovative approach to her own learning and activities as a scholar with research interests that span from traditions of the Old Believers of the 16th century to the National Anthem of the USSR and the Birth of Modern Viola, to name just a pair of examples. With numerous research presentations at international conferences in the UK and abroad (including being a co-organiser, invited speaker and performer as well as a member of conference committees), extensive archival investigations, and research publications worldwide on Russian cultural history and music, and on the history of the viola and its repertoire, Elena has brought to light information about Russian-Soviet life that was not previously known either in Russia or the West.

Her recording projects with three world premier CDs on the Toccata Classics label with works by Grigori Frid (TOCC 0330), Alexander Grechaninov (TOCC 0234) and Sergei Vasilenko (TOCC 0127), the fruits of Elena’s archival investigations, have been received to a high critical international acclaim describing her playing as ‘excellent with smooth and well-focused tone’ (Fanfare) and ‘highly admirable’ (American Record Guide). An advocate for fascinating but often undiscovered and diverse repertoire for the viola, Elena has performed at prestigious concert venues and international festivals as a soloist, chamber-musician and viola leader in the UK, Germany, France, Belgium, Netherlands, Switzerland, Russia, the USA and South Korea.

Elena is an academic and violist specialising in Russian Cultural Studies, Viola Performance and Musicology with interdisciplinary integration of history, aesthetics and music with research interests that span from traditions of the Old Believers of the 16th century to the Avant-garde movement and the Birth of Modern Viola to name just a pair of examples. She undertook extensive research in archives in Russia, United Kingdom and the USA, and brought to light information about Russian-Soviet cultural life that was not previously known either in Russia or the West. Elena has published widely on Russian cultural history and music in English and in Russian in Russia, the UK, France, Poland and the USA. The list of Elena’s recent publications based on archival findings on British-Russian musical discoveries during WWII, Vadim Borisovsky, dialogue of cultures and conversation with arts, the history behind the National Anthem of the USSR and other topics can be found on her University’s CloK profile.