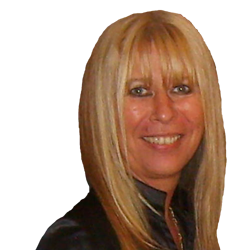 Carolyn joined UCLan and the Combined Honours Team in 2003 as the Senior Lecturer responsible for the 1st year cohort. In August 2006, she became the Programme Leader for “Religion, Culture & Society” (RCS). Carolyn developed RCS, both undergraduate and postgraduate courses, and leads the teams on BA and MA Awards.

Carolyn’s background is in education and theology; she achieved her teaching certificate and BA Honours awards at the Victoria University of Manchester. She holds postgraduate Certificates and Diplomas in Islamic Studies and Theology and a Masters in Educational Theology awarded by Flinders University, South Australia.

Carolyn studied her Doctorate at Lancaster University. Her PhD focuses on policy and practice in religious education within faith-based and community schools. Carolyn has national and international recognition for scholarly contribution and project work connected with Religion, Culture & Society. She has published widely on the nature of religion and belief systems in direct relation to humanity and human development; the significance of religious literacy to policies such as community cohesion, social inclusion, multicultural value of difference and the undeniable connection of religion and culture to economics, politics and social structures.

Carolyn is also an advocate for engaging young people in religious education in direct relation to the global expansion of inter-faith and inter-cultural dialogue taking place. Religion rivals trade as a major influential transnational force globally. Cross-cultural enrichment and engagement with international religious communities will be necessary going forward, and religion culture and society features strongly in preparing young people to be effective in future transnational communication as global citizens.

Currently, Carolyn works in partnership with Lancashire Constabulary Hate Crime Unit and is involved in raising awareness of Hate Crime locally and nationally. She is committed to initiatives and research projects within this area and hopes to continue with this in collaboration with internal and external partners both locally, nationally and internationally. Former research for Education and Social Science, working with Professor Chris Williams, includes a funded European Union project; “Society & Lifestyles” (SAL). Carolyn and Chris researched new religious movements in post-communist countries with the aim of enhancing social harmonisation through knowledge of sub-cultural communities and providing expert advice on new religious movements to SAL partners.