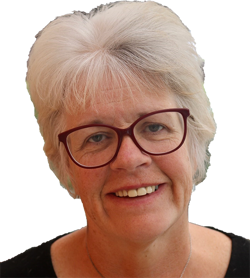 Lecturer in Psychology
School of Psychology and Computer Science
0

Debbie’s background is in physiological and epidemiological (cancer) research, becoming interested in psychology later in her career after observing the different learning approaches of her three children. Subsequently she completed a postgraduate conversion course in Psychological Studies at UCLan and received a scholarship to complete her PhD in educational research. Debbie became a Lecturer and Senior Lecturer at UCLan and Programme Leader for Psychology at Edge Hill University, before returning to UCLan in 2013. Debbie believes her previous experiences have always enhanced her approach to teaching and learning and she has always been involved in supporting inclusivity, working as a Disability Needs Assessor for students in HE alongside her academic duties.

Debbie has returned to full time academia to teach the cognitive, physiological and statistical components of the undergraduate course at UCLan Burnley. As part of a small team at Burnley, Debbie is able to use her experience to support the provision of the Burnley undergraduate psychology courses, helping to enhance the interactive ‘smaller classroom’ approach for students.

Upon completing her degree in Microbiology at the University of Leeds, Debbie worked for Glaxo Group Research (now GSK), Greenford Middlesex, in the Clinical Data Monitoring Unit, which was responsible for the analysis and production of international regulatory reports in relation to the ongoing clinical trials of Glaxo pharma products.

Debbie continued her interest in scientific research, moving to the Cancer Epidemiology Research Unit at the University of Birmingham, as a research associate. For eight years, she was involved in the design, running, analysis and writing up of data from large epidemiological community studies across the UK and gaining an MSc in Social Medicine in 1992.

Debbie took a career break in the mid- to late 1990’s, running her own business (fundraising in the voluntary sector) and raising her family (three children). It was at this time that she began to help on a voluntary basis in her children’s primary school classrooms and, through her observations, became interested in learning and education.

After gaining a postgraduate diploma in psychological studies in 2001 from UCLan, Debbie was awarded a PhD scholarship which she completed in 2004, with a thesis entitled ‘Evaluation of the Cerebellar Deficit Hypothesis of Developmental Dyslexia’. She became a lecturer and senior lecturer in Psychology at UCLan, moving to Edge Hill University (EHU) in 2009 as the programme lead for Psychology. Debbie was instrumental in the development of a new Department of Psychology at EHU and the revalidation and the accreditation of new psychology courses, raising the profile of psychology at EHU within the HE sector.

Debbie moved back to UCLan on a contractual (module by module) basis in 2013, and also worked as a Disability Needs Assessor for HE.

In 2019, Debbie returned to full time academia as a lecturer in psychology to teach the cognitive, physiological and statistical components of the undergraduate course at UCLan Burnley. As part of the small team at Burnley, Debbie is able to use her experience to support the provision of the Burnley undergraduate psychology courses, helping to enhance the interactive ‘smaller classroom’ approach for students. She is also able to support colleagues both in Burnley and Preston with her skills and experience.

Throughout her career, Debbie has been involved in research, within an eclectic mix of topic areas. She has published over 20 research articles in journals ranging from 'The Lancet' and 'British Journal of Cancer' to the psychology journals 'Learning and Individual Differences' and 'Educational Psychology in Practice'. She continues to support and advise colleagues at UCLan and other HE institutions with a range of research activities.