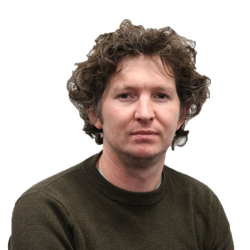 David Cornell joined the University of Central Lancashire in 2017. He currently teaches a wide variety of philosophy modules, on topics including Philosophy of Religion, Philosophy and Science Fiction, Freedom and Determinism, and Metaphysics. David specialises mainly in metaphysics, particularly ontology – the study of being and existence.

David has published in some of the world’s leading philosophy journals, including Analysis, Philosophical Studies, and the American Philosophical Quarterly. He continues to be an active researcher in the field. His current research focuses on a number of topics, including mereology (the study of parts and wholes), monism (the ancient view that the universe is a single, unified entity), and the relationship between language, truth, and reality.

David obtained his PhD in philosophy from the university of Leeds in 2013. His thesis articulated and defended ontological monism. David’s interest in monism stemmed from a more basic interest in physical matter and material objects. This interest continues to this day and is one of the central focuses of David’s research. David is the author of the entry on ‘Material Composition’ in the Internet Encyclopedia of Philosophy.