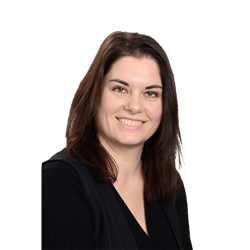 Anna is Professor of Forensic Science and Manager of the Lancashire Forensic Science Academy. She is a forensic anthropologist with considerable casework experience with police and forensic science providers, and a research interest in forensic taphonomy and decomposition. She supervises MSc and PhD students within the School of Natural Sciences.

In her role as the Manager of the Lancashire Forensic Science Academy (LFSA), Anna oversees the running of the unique collaboration between the University of Central Lancashire and Lancashire Constabulary. This partnership affords our students unrivalled access to forensic scientists, crime scene examiners and experts, and facilitates improvement of forensic methods through research. The LFSA also provides CPD training to police forces, military and people interested in forensic science.

In 2013, Anna joined the University of Huddersfield as Senior Lecturer in Forensic Science, and was promoted to Principal Enterprise Fellow in 2015. There, she headed the Forensic Anthropology Research Group and ran the MSc in Forensic Science (Anthropology). She also directed the HuddersFIELD animal taphonomy facility. From 2017, she was Deputy Director of the Secure Societies Institute, and Editor in Chief of their journal, Crime, Security and Society.

Anna is passionate about science communication and public engagement. In 2011, she was the winner of the Forensic Zone of the prestigious Wellcome-Trust funded ‘I’m A Scientist’ competition, and in 2014, she was awarded a British Science Association Media Fellowship, in which she wrote many popular science articles for New Scientist. Anna is regularly asked to contribute to TV science documentaries and forensic dramas and literature. She has advised for Silent Witness, Bones and Rosewood, appeared on screen in several popular science documentaries for the BBC, Channel 4 and the Discovery Channel, and advised crime writers including Ann Cleeves and Michael Fowler.

Anna has considerable case work experience, and regularly undertakes consultancy work for national police forces and Kenyon International Emergency Services. She has advised the National Crime Agency and the Home Office on forensic cases. She is a member of Locate International, which allows police, students and experts to work together to crack cold cases.

Anna’s main research areas focus on understanding how bodies decompose in a variety of conditions, such as burial or water environments. She is currently supervising PhD research into the recovery of decomposed and skeletal remains from underwater, and the estimation of post-mortem submersion interval, as well as improving the development of fingerprints from decomposing remains. She is also interested in microbial attack on skeletal remains and how this can be used to estimate post-mortem interval. Anna has a long-standing research interest in human taphonomy facilities, and their use in advancing our understanding of human decomposition, as well as for teaching and training purposes. She has published articles and book chapters exploring the potential for a human taphonomy facility in the UK. In addition, Anna has research interests in disaster victim identification, planning for pandemics and mass burial in crisis situations, and in the search, location and recovery of human remains from clandestine deposition sites.