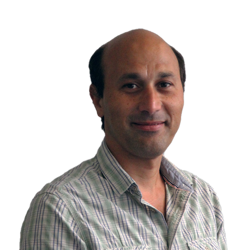 In addition to being a Cultural Attaché at the Syrian Embassy in London, Adham was responsible for the Embassy's administrative works. He has worked within an international environment which helped him tremendously in building up a large network with the diplomatic community in London in addition to links with many British and Irish universities.

In addition to being a Cultural Attaché at the Syrian Embassy in London, Adham was responsible for the Embassy's administrative work which included being responsible for the Staff attendance and welfare and ensuring the effectiveness and the efficiencies of the work achieved by them. he has worked within an international environment which helped him tremendously in building up a large network with the diplomatic community in London in addition to links with many British and Irish universities; he had the opportunity of visiting universities in Britain and Ireland during which he became acquainted with the duties and responsibilities of the international offices in those universities. Adham assisted and initiated MOUs with the aforementioned universities (For example Manchester University; Cardiff University; St. Andrew's University and many more including UCLan. Adham was the link between UCLan and the Ministry of Higher Education in Syria where he signed an MOU which nearly became an MOC but sadly due to the troubles there we had to halt the proceedings). Adham was in charge of all the Syrian students in the British Isles; this included paying their scholarships and looking, after all, their affairs regarding issues arising in Syria or the UK, such as visa problems, academic problems or severe illnesses and so on; He also paid visits to their universities during their open days. He almost achieved the start-up of an e-library in Syria in cooperation with the British Library in conjunction with the Assad National Library (Stopped due to the troubles there). To promote education, culture, investment and tourism in Syria, he presented many times at various venues; this took many shapes such as powerpoint presentations, short film presentations, inviting guest speakers to Q & A sessions, leaflets and advertising campaigns in cooperation with the British Museum, Business executives, MPs and other governmental bodies in the UK and Ireland. An example of successful marketing at international level was when he was the coordinator of the 'Syrian Silk Road' project giving presentations at Ministerial level, also with UK governmental bodies and executive directors of the top UK travel agencies. In addition, coordination with UCLan led us to take one of their MA Tourism students to travel to Syria (along with many British travel agents) and experience a very interesting historical taste of the country. Later on, that student created a blog to share this experience with the rest of the media and then the world. In Syria, he was also responsible for the EU-Syria Association agreement which led to agreements for scholarships for Syrian students coming to study in an EU State through the Erasmus Mundus Scholarship scheme (he was later the link between UCLan and this office signing an MOU) in addition to his involvement later on with projects relating to the Union for the Mediterranean which was initiated by President Sarkouzi which was mainly promoting of education enhancement, investment, economic and cultural cooperation within all the Mediterranean countries.