The Centre of Professional Ethics’ projects and activities are designed to maximise benefit for society. We work collaboratively with a wide range of stakeholders to ensure lasting impact and the sustainability of our work.

For example, through the TRUST project, we led the development of the Global Code of Conduct for Research in Resource-Poor Settings, which aims to prevent 'ethics dumping', i.e. the export of research, which would be prohibited or severely restricted in a high-income country, to a low-or-middle-income country.

The code is now a mandatory reference document for recipients of EU funding and its importance was described in a NATURE article.

The Centre for Professional Ethics is an internationally renowned research institution. Established in 1993, it is one of the oldest ethics research centres in the world and has gained a reputation for excellence in various areas of ethics, especially global justice and human rights and medicine. Since Professor of Moral Philosophy, Doris Schroeder, became Director of the Centre in 2004, the majority of projects and activities have dealt with questions of global research ethics, benefit sharing, and access to medicines. Of key importance for the Centre is that projects have an impact in the real world and are of practical benefit.

Since 2003, we have worked with the San people of South Africa, most recently in supporting the development of their own Code of Research Ethics. This is believed to be the first code of conduct for research developed by an indigenous group in Africa, according to a NATURE article.

The San have been one of the most researched communities in the world and prior misconduct by researchers and other outsiders have left them feeling exploited. Lack of respect for local traditions and culture; lack of care for local needs; lack of any benefit to the San themselves and lack of transparency in the researchers’ dealings have been commonplace. From now on, all researchers who wish to work with the San must abide by their Code of Research Ethics.

A short film about this development can be watched via YouTube

In addition to the impact of our projects, members of the Centre work in high profile environments.

For instance, the Director of the Centre, Professor Doris Schroeder, serves on a variety of expert committees for the European Commission and also advises the Netherlands Organisation for Scientific Research and the National Research Foundation in South Africa on a regular basis.

Leaving no-one behind in Research

The project Leaving no-one behind in Research (2021-2025), led by Prof. Schroeder and funded by the Wellcome Trust, aims to make the involvement of vulnerable populations in health research more inclusive, more equitable and less risky for those populations.

The TRUST project (2016-2019), led by Prof. Doris Schroeder, aimed to counteract the practice of “Ethics dumping”, i.e. the export of unethical research practices from high-income to lower income settings.

Work continues on the highly successful Global Code of Conduct for Research in Resource-Poor Settings.

The ProGReSS project (2013-2016), led by Prof. Doris Schroeder, provided a global perspective on RRI (responsible research and innovation) with a particular focus on inclusive innovation between high-income and lower income regions.

The continuation of REWARD work can be followed on the Health Impact Fund website.

The GEST project (2011-2014), led by Dr Miltos Ladikas, represented the first concerted effort to start a global debate on science and technology governance between Europe, China and India.

A gold open access Springer book resulted from this project:

The Innova P2 project (2008-2011), managed by Dr Miltos Ladikas, designed an ethical complement to the international patent regime to ensure access to essential medicines for those in resource-limited settings.

A Cambridge University Press special journal-symposium on access to life-saving medicines and intellectual property rights can be accessed via the Cambridge Quarterly of Healthcare Ethics.

The continuation of Innova P2 work can be followed on the Health Impact Fund website.

The San !Khoba project (2006-2008), led by Prof. Doris Schroeder, was the first in-depth research study of a benefit sharing agreement under the UN Convention on Biodiversity.

A Springer book resulted from this project:

The BeSha project (2004-2005), led by Prof. Doris Schroeder, created a network of researchers and stakeholders on benefit sharing from human and non-human resources to ensure fairness in international collaborations.

A BMJ editorial and a Special Issue are available. 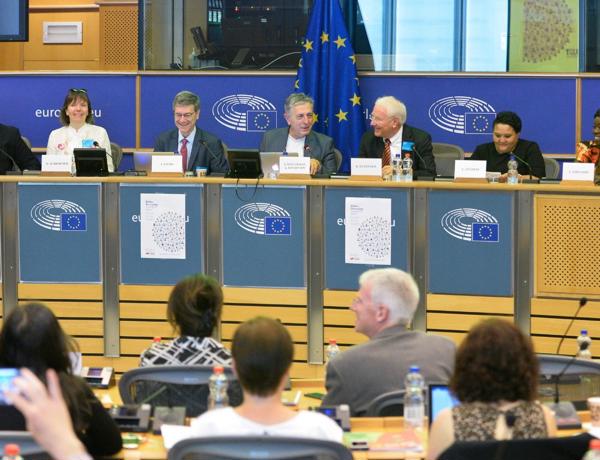 Achieving equity in international research is one of the pressing concerns of the 21st century. Globalisation presents many ‘opportunities’ for the deliberate or accidental export of unethical research practices from high-income countries to low and middle-income countries. This ...