Ancient genomes reveal that the English are one third Anglo-Saxon

For the first time, researchers, including one from the University of Central Lancashire (UCLan), have been able to directly estimate the Anglo-Saxon ancestry of the British population from ancient skeletons, showing how Anglo-Saxon immigrants mixed with the native population.

Revealed in today’s edition of Nature, human remains excavated from burial sites near Cambridge provided the material for the first whole-genome sequences of ancient British DNA. Using a new analysis method to compare these ancient genomes with modern-day sequences, researchers have estimated that approximately a third of British ancestors were Anglo-Saxon immigrants.

What was the scale of the Anglo-Saxons migrations, how did they mix with the native population and how did they contribute to British ancestry? This has been a long-standing topic of debate amongst historians and archaeologists. Recently excavated skeletons dating to the late Iron Age and from the Anglo-Saxon period gave researchers the opportunity to solve this question with genomics.

"By sequencing the DNA from 10 skeletons from the late Iron Age and the Anglo-Saxon period, we obtained the first complete ancient genomes from Great Britain"

“By sequencing the DNA from 10 skeletons from the late Iron Age and the Anglo-Saxon period, we obtained the first complete ancient genomes from Great Britain,” said Dr Stephan Schiffels, first author from the Wellcome Trust Sanger Institute, Cambridgeshire and the Max Plank Institute in Germany.

“Comparing these ancient genomes with sequences of hundreds of modern European genomes, we estimate that 38% of the ancestors of the English were Anglo-Saxons. This is the first direct estimate of the impact of immigration into Britain from the 5th to 7th Centuries AD and the traces left in modern England.”

Previous DNA studies have relied entirely on modern DNA and suggested anything between 10% and 95% contribution to the population. One such study suggested that Anglo Saxons didn't mix with the native population, staying segregated. However, this newly published study uses ancient genetic information and disproves the earlier idea, showing just how integrated the people of Britain were. The ancient skeletons from Cambridgeshire were carbon dated, proving they were from the late Iron Age (approximately 50BC) and from the Anglo-Saxon era (around 500-700 AD). Complete genome sequences were then obtained for selected DNA samples to determine the genetic make-up of these Iron Age Britons and Anglo-Saxons.

Dr Duncan Sayer, UCLan archaeologist and author on the paper, said: “Combining archaeological findings with DNA data gives us much more information about the early Anglo-Saxon lives. Genome sequences from four individuals from a cemetery in Oakington indicated that, genetically, two were migrant Anglo-Saxons, one was a native, and one was a mixture of both. The archaeological evidence shows that these individuals were treated the same way in death, and proves they were all well integrated into the Oakington Anglo-Saxon Community despite their different biological heritage.” 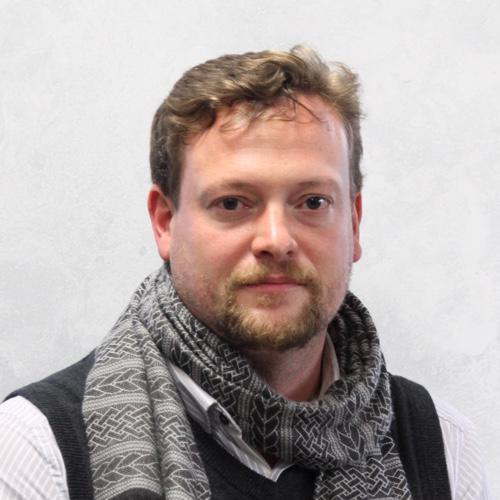 "This study, using whole-genome sequencing, allowed us to assign DNA ancestry at extremely high resolution and accurately estimate the Anglo-Saxon mixture fraction for each individual."

Modern British and continental European genomes from the UK10K project and the 1,000 Genomes Project were compared with the genomes from the ancient skeletons. Researchers discovered that the Anglo-Saxon immigrants were genetically very similar to modern Dutch and Danish, and that they contributed 38% of the DNA of modern people from East England, and 30% for modern Welsh and Scottish. The Anglo-Saxons first settled in the South East of England so this pattern is consistent with their migration pattern.

The genomes of northern European populations are similar and it is difficult to accurately distinguish between them. To help solve this problem, the study developed a sensitive new method, called rarecoal, which could identify subtle genetic traces in individuals, using rare genetic variants identified in hundreds of present-day people. Earlier methods of mapping ancient DNA looked at common genetic variants from the very distant past, which are present in most people. The new rarecoal method did exactly the opposite, allowing researchers to map more recent events and unravel very closely related populations.

“We wanted to determine where ancient DNA samples would fit with respect to a modern population model and to map individuals into that model. This study, using whole-genome sequencing, allowed us to assign DNA ancestry at extremely high resolution and accurately estimate the Anglo-Saxon mixture fraction for each individual,” said Richard Durbin, senior author at the Sanger Institute.

“More full genome sequences and further improvements in methodology will allow us to resolve migrations in even more detail in the future.”