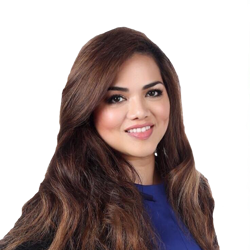 Shalini is a Specialist Endodontist registered with the General Dental Council (UK), having completed her training at Guy's Hospital in 2009. She teaches undergraduate and postgraduate students at the School of Dentistry. She is a Course Lead for the part-time MSc Endodontology programme and the full time MClinDent Endodontology programme. She accepts referrals for endodontic treatment at the UCLAN Dental Clinic.

Shalini Kanagasingam commenced specialist training at King's College London in 2006 obtaining the Master of Clinical Dentistry in Endodontology with Distinction and Membership in Restorative Dentistry of the Royal College of Surgeons of Edinburgh in 2009. She also obtained the Membership of the Faculty of Dental Surgery, Royal College of Surgeons England by examination (2008). She was awarded equivalent memberships from the Royal College of Physicians and Surgeons Glasgow in 2017. Shalini is a Specialist Endodontist, Senior Clinical Lecturer and Course Lead for the MSc and MClinDent in Endodontology programmes at the School of Dentistry. She leads endodontic training for the BDS programme. As part of her clinical role, she provides specialist endodontic treatment at the UCLAN Dental Clinic, accepting referrals for primary, secondary and microsurgical endodontics. Shalini was recently selected to join the Dental Education, Training and Professional Development Board (DETPB) Royal College of Physicians and Surgeons Glasgow and is working with the team to organize CPD and training events. She is the Chairperson of the British Dental Association Ribble Section whereby she leads her committee in providing CPD for the dental team in the Northwest region of the UK. Shalini has contributed book chapters to dental textbooks including the 'Principles of Endodontics', ‘CBCT in Endodontics’ and 'Pitt Ford's Problem-Based Learning in Endodontology'. She has also published in the Journal of Endodontics, the International Endodontic Journal and the British Dental Journal. Shalini was awarded the ODRT OHI (PREVISER) AWARD in 2018 and the TCWhite Young Researcher's Grant in 2019 to support her research into oral biofilm and neurodegeneration.

Shalini graduated as a dentist in 2003 and served the Ministry of Health, Malaysia, stationed in Borneo. She then joined the National University of Malaysia in 2006 as a trainee lecturer. The same year, she received a scholarship to pursue specialist training in Endodontology. She completed her training in 2009 and returned to teach at the National University of Malaysia. She has held the post of Head of the Operative Dentistry Department during her tenure. She is also Past President of the Malaysian Endodontic Society and Honorary Financial Secretary for the Malaysian Dental Asssociation. Shalini joined UCLAN in 2016 and took up the role of Course Lead for the MSc Endodontology course. She is a Key Opinion Leader for DentsplySirona and has lectured widely in Asia. She has also been invited to lecture for the NorthWest Branch of the British Dental Association(BDA). She has organised and conducted numerous hands-on workshops and webinars at UCLAN in collaboration with the BDA, NHSEngland and industry partners.