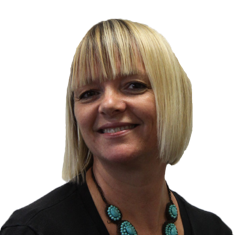 Sarah runs MA Animation and co-ordinates the MA courses including Art, Design, Fashion, Games and Animation. Sarah delivers Research Methodologies and Research in Context for the MA courses and also supervises a number of postgraduate animation projects. Sarah's research is mainly concerned with the role of women in the animation industry and she has worked closely with a number of organisations in relation to this subject including Animated Women UK, Childrens Media Conference and Zagreb Animafest Conference. Sarah's teaching experience has been recognised and she is a National Teaching Fellow of the Higher Education Academy. Sarah has also been external examiner for various other institutions including Coventry University, Sunderland University and Gloucester University.

Sarah created a documentary for a Sky Channel exploring diversity within the British Animation Industry that has been screened across the world at numerous festivals including Orlando International Festival, Ambitus Festival, World of International Film Glasgow, Manchester Animation Festival Conference and Accolade Global Film Festival. Please view the documentary.

Sarah has published and presented widely on representation and education in animation. 'Does the Current British Higher Education system really prepare graduate animation students for a developing and changing industry' (European Scientific Journal, 2016) 'Is the straight role in comedy essential and why is it usually played by a women in animation?' (Popular Culture Conference, 2014) Sarah is currently taking a PhD to continue and develop her research exploring diversity and the animation industry.

Sarah is a voting member of BAFTA and is a regular on the panel for the Royal Television Awards. Sarah has extensive links with industry and continues to work.

Sarah has worked in the animation industry for thirty years in a variety of roles including producer, director, writer and voice artist. She was the first women to create, direct and write an adult animation series for Channel 4 in 1991 called Crapston Villas which won various awards. Sarah is currently the voice of Miss Rabbit in Peppa Pig and Nanny Plum in Ben and Holly's Little Kingdom.

A survey Sarah conducted of British animated series reveals that there have been no black women directors or writers so far (En.wikipedia.org. 2018). The research for the survey was taken from various sources, one to one interviews, imdb and Wikipedia. Another factor that cropped up during these interviews was the influence of merchandising and distribution. Production costs for series are no longer awarded in total from one broadcasting channel, co-productions are the norm with a variety of sources funding each project. Distributors and merchandising companies are often involved and will have a say in the kind of content they want, or think will sell. ‘Distributors often don’t want a series with a female character as the lead.’ (British Animation Women Breaking The Mold, 2019)) or ‘We have a responsibility to produce work with experienced directors, And I don’t know how these women are going to get that experience.’ (British Animation Women Breaking The Mold, 2019) ‘And then I met with the distributors who still see a pink and a blue aisle, and then I was met with a whole world of tricks.’ (British Animation Women Breaking The Mold, 2019) There appears to be a glass ceiling that women struggle to break through, and yet reports by organisations like UK Screen Alliance, Animation UK and Access VFX don’t seem to take this into account. There is no mention of funding in this report, or how much influence distributors and merchandising companies seem to have. It appears the larger the budget, the greater the risk, and the more reluctant investors are prepared to back a project unless it appears to be risk averse. The idea of investing in a project with a large amount of uncertainty i.e a female director, or female lead, appears to be too dangerous. Animation director Kitty Taylor was frustrated with the lack of creative freedom she had when working on Pre-school Animation series ‘Bits and Bobs.’ Kitty was passionate about working on a series with a female lead who was supposed to encourage girls into taking science and engineering. The issues came when she was confronted by the investors and merchandising companies who started to dictate the look and personality of the character – her hair got longer, she wore pink and became more like other female characters. The investors felt this was a less of a risk and would sell more merchandise. Phil Davies, producer of Peppa Pig states, ‘Boys toys are priced higher than girls because merchandisers see the boys market as having more value.’ (London Animation Society, 2019). Sarah Smith, co-owner of Locksmith Animation and director of Arthur Christmas would like to employ more women directors, but Locksmith are dealing with huge feature film budgets and it’s proving to be an almost impossible task. The investors just won’t take a risk on an unexperienced director. Sarah's research aims to unpack current figures and reports released by organisations like UK Screen Alliance, and a produce a clearer picture that reflects and analyses working opportunities for women entering the British Animation Industry."

Is the Straight role in Comedy essential and why is it usually played by a woman in animation? Animation Studies 2.0.3

Honesty it’s the story of my life. BFI player