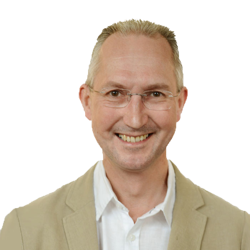 Professor of Philosophy and Mental Health
School of Medicine
0

Tim gained an open scholarship to study Natural Science at the University of Cambridge but was increasingly drawn first to the philosophical underpinnings of science and then more abstractly to the nature and objectivity of judgement itself. His PhD – Judgement, Objectivity and Practice – addressed these issues through the work of the greatest twentieth century philosopher: Ludwig Wittgenstein. As a research fellow, then lecturer, then senior lecturer at the University of Warwick he researched the connection between thought and language and the world, again drawing on the work of Wittgenstein and the contemporary philosopher John McDowell. This yielded books and papers on Wittgenstein and McDowell. While at Warwick, he met Bill Fulford, a psychiatrist and philosopher and main instigator of the resurgence of the philosophy and psychiatry in the UK and together they wrote the Oxford Textbook of Philosophy and Psychiatry. Philosophy of mental health is Tim’s main research focus at the University of Central Lancashire. In 2019 he was awarded a higher doctorate, UCLan's first Doctor of Letters, for a career of research gathered together under the title ‘Judgement and normativity in the philosophy of mental healthcare: an anti-reductionist approach to philosophy and psychiatry’.