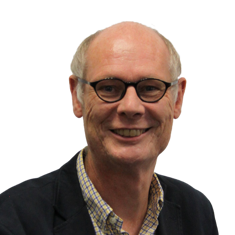 Professor of Public Art Practice , Co-principal investigator of In Certain Places
School of Arts and Media

Charles Quick is Professor of Public Art Practice and co-principal investigator of In Certain Places – an art-led research project, which brokers connections between people and places. Charles has developed an internationally recognised hybrid research practice which combines the production of public art works with tactics to inform policy within places. He is Chair of the national Arts and Place consortium which promotes the benefits of the arts in place. Charles also supervises art practice-based postgraduate research projects that investigate place.

Charles research interests have stemmed from an examination of the infrastructures of place; physical, social, historical and political. His outputs have included major public art projects in cities across the UK. Since 2003 his practice as an artist/curator has been embodied within the curatorial project In Certain Place which he co foundered originally as a partnership with the Harris Museum Art Gallery and Library, Preston. It has had significant financial support over its life time from Arts Council England and Local Authority grants. The publication Subplots to a City, Ten years of In Certain Places 2014, explored how it had formed new approaches to art culture and urban development. The impact of the projects work is captured in short film The Flag Market Preston.

Charles has made a significant contribution to the practice, development and understanding of Public Art since the 1980’s. The Henry Moore Institute and Leeds City Art Gallery hold this work in their collections and he has recorded his artistic life through the British Library sound archive, Artist’s Lives project. The Guardian, The Daily Telegraph, Art and Architecture Journal, Arts Professional, A-N Magazine and the Sculpture Magazine, amongst others, have written about his public art projects.

He has contributed to the public art international discourse by giving public presentations in Britain, Ireland, Malta, Portugal and Qatar, as well as contributing to national and local radio and television programmes throughout that time. Over the years, Charles has received awards from Arts Council England, the British Council, Higher Education Funding Council and many local authority grants. A project that typifies his multi-layered approach to investigating and working creatively with a place through practice based research is Beautiful and Brutal: 50 Years in the Life of Preston Bus Station (2019). This was a collaboration between Charles and the Curator of History, James Arnold of the Harris Museum, Art Gallery and Library. It was a programme of new contemporary public art commissions at Preston Bus Station, culminating in an exhibition at the Harris Museum, and supplemented by an events programme that included architectural tours, a birthday party event hosted at Preston Bus Station itself and a conference presented at the Harris. The project set out to examine, reveal and promote the building’s significance to the people of Preston in terms of architecture, urban planning, social engagement and a source of artistic inspiration.

Throughout his career, Charles has contributed to the forming and development of arts organisations as well as representing the arts at cross disciplinary forums. This has included being a Trustee & Chair of one of the first public art agencies supported by the Arts Council in the UK, Public Arts Wakefield 1988 – 1993 (now trading as Beam and still running). In 1994, Charles co foundered Leeds Sculpture Workshop in Leeds (still running). In the Northwest, he has been a trustee of arts organisations including Eden Arts Penrith and has been a panel member of the Design Review Panel. Since 2014 He has represented the University of Central Lancashire on the Preston Cultural Framework Board.

Charles’s practice based research has examined the blurring of the boundaries between collaborative, curatorial and artists practice when creating public art works for a place.

In 2003, he co-founded In Certain Places a curatorial partnership based at the University of Central Lancashire, Preston. His role as co-curator and artist has enabled him through interdisciplinary projects and collaboration, to work with other artists, architects and partners to question, test, disrupt and shape the places in the city.

Charles has investigated the ways in which artists generate new understandings of places and instigate change, by engaging with the complexities of place in creative and critical ways. His projects have encompassed a range of art forms and include temporary public art works, architectural commissions, artist residencies, public talks, discussions, events and publications. Whilst locally specific, these activities have connected with wider issues of art practice and place. The cumulative effect of all these approaches in relationship to one place have resulted in creating a significant impact in the city. Neil Fairhurst – Deputy Chief Executive, Preston City Council, said, ‘In Certain Places are a strategic cultural partner leading on innovative placemaking practice in the city, as well as contributing to the cultural development and vision … With a robust track record of delivery ICP is leading on defining the expanding city footprint as part of City Deal … ICP is part of the Council’s ongoing commitment to developing Culture in Preston’.