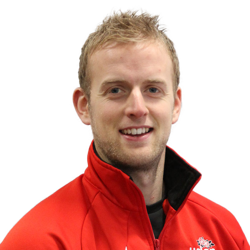 As a blended professional, Matt has combined his work as a Lecturer in Sports Coaching whilst continuing to coach Cricket within performance and development contexts. In his role, Matt teaches on a number of modules across the degree, including key coaching and performance modules aimed at helping student-coaches develop their own coaching practice. In 2018, he joined the small pool of qualified Cricket coaches as an ECB Level 4 coach. Continuing his practical focus, Matt is due to submit his PhD thesis in 2021.

In his role as Pathway Leader of the BSc (Hons) Sports Coaching and Performance course, Matt is responsible for the development and tracking of the key performance related modules of the degree course. He also has a hands on delivery role across all years of the undergraduate programme. As an academic advisor to a range of students, Matt's focus is on students progression towards their job roles post-study, and how they are equipping themselves with the experiences and skills to be successful in the sports coaching industry. As an early stage researcher, Matt has published a small number of pieces with the ultimate ambition that his work reaches coaches who are working in practice with their players. Examples of this type of work come in the form of a delivery at a regional cricket coaching conference, and a presentation as part of the ECB Level 4 coaching course. He is hopeful that the outcomes of his PhD - exploring academy level cricket coaches beliefs about the learning process - will have meaningful impacts on continuous development of cricket coaches and their players.

After completing an undergraduate degree in BSc (Hons) Sports Coaching at Leeds Metropolitan University, Matt continued his coach education as a result of gaining an internship at the univeristy. As an ECB Level 3 coach combining work with the Yorkshire Cricket Board 'Girls Pathways to Excellence' scheme, Lancashire Womens 1st XI and Leeds/Bradford MCCU, Matt successfully achieved an MSc in Sports Coaching in 2013. Matt relocated to Edinburgh for the summer of 2013, taking the Head Coach position of Eastern Premier League side Carlton C.C. - a large club with 10 junior teams and 4 senior sides. After his summer in Scotland, Matt returned to Yorkshire and started his work in Higher Education as a Lecturer in Sports Coaching Practice at Leeds Metropolitan University before moving once again to Preston to take up a Lecturing role in Sports Coaching at the University of Central Lancashire in 2014. Soon after his appointment, Matt was accepted onto the ECB Level 4 coaching course. In 2015, Matt started on his PhD journey, exploring Epistemology in academy level cricket coaches In early 2018, Matt was appointed as the Head Coach of Yorkshire Womens Cricket on a 1-year contract. The role included overseeing the 1st XI in the County Championship and the T20 Blast competition. As an extended aspect of the role, Matt was responsible for the development and delivery of the Emerging Player Programme (EPP), which for the first time included a holistic residential cricket camp. As a fellow of the Higher Education Academy (HEA), Matt was appointed as External Examiner at Chichester University in 2018. Matt has since attended the HEA Degree Standards Project – An integrated course for external examiners attempting to regulate standards within the sector. From a hands on perspective, Matt is currently coaching in a range of participation and performance development contexts within the North West. Matt has held a coaching role with Lancaster University Cricket Club since 2015 and in 2018/19 was appointed in coaching roles as a 'Junior Development Coach' at Clitheroe Cricket Club, and 'Senior Coach' at Penwortham Cricket Club.

Matt's current PhD research focuses on exploring the link between coaches practice and their beliefs about the learning process. A key aspect of the research has involved observations of coaches working with their players, and follow up discussions with coaches about their practice. A second key aspect of the study is the differences between coaching in red ball (i.e. multi-day) cricket and white ball (i.e. single-day) cricket.