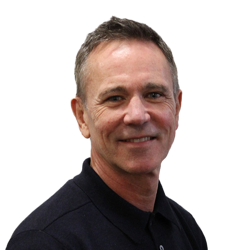 Reader in Media Innovation & Entrepreneurship
School of Arts and Media
0

François is a media innovation specialist with wide international experience who teaches across a range of practical and theoretical journalism courses, as well as supervising PhD studies on topics related to innovation and sustainability. A National Teaching Fellow of the Higher Education Academy, he is on the leadership team of the UCLan Research Centre for Digital Life and a member of the Media Innovation Studio.

Drawing on his background as an award-winning journalist and his ongoing applied research, François works with undergraduate and postgraduate students, as well as industry organisations and associations such as WAN-IFRA, the World Association of Newspapers and News Publishers.

François has extensive experience working both in and with news organisations in the UK and internationally. A former award-winning investigative journalist who started his career at The Charlotte Observer in North Carolina, François has run departments and led teams to devise programmes and courses that support university students, startups and companies, including those who publish some of the world's most recognised news titles such as The Times, Sunday Times, The Sun, The Scotsman, the Liverpool Echo and Wales on Sunday. He is a former Visiting Fellow of the Reuters Institute for the Study of Journalism at the University of Oxford and initiator of the Media And Digital Enterprise (MADE) project, which is the only UK winner of the International Press Institute’s inaugural News Innovation Contest sponsored by Google. Named a National Teaching Fellow of the Higher Education Academy in 2013, François in that year also became the first digital media specialist to be named a Fellow of the European Entrepreneurship Educators Programme (3EP). As such, he is amongst a select group of 25 UK academics and one of only 75 in Europe to have been awarded the prestigious 3EP Fellowship which aims to support and develop enterprise education. He is co-founder of the Digital Editors Network (UK) and the first academic invited to join the World Editors Forum of the World Association of Newspapers and News Publishers (WAN-IFRA). François has initiated several ongoing studies into the sustainability of the news media, as well as the role the industry plays in the social and economic development of communities in line with the United Nation's Sustainable Development Goals 2030 agenda. He is the author of two books for Oxford University Press and more than 40 book chapters, journal articles, papers and industry reports that have appeared in, amongst others, Journalism Practice, Journalism Studies, Journalism and Mass Communication Educator, the Nordic Journal of Media Management and the Rhodes Journalism Review. François was born in Zimbabwe, educated in the USA, South Africa and the UK, and he continues to work globally from his base in Manchester.

François is an applied researcher who seeks insights to help drive the innovation a sustainable news media industry needs, asking how firms within an old institution (the press) adapt to and thrive in a context characterised by high degrees of volatility, uncertainty, complexity and ambiguity. In particular, he wonders what distinguishes high-performing firms from their less successful counterparts? Throughout, he’s mindful that a firm’s bottom line is not only measured in profits, but also by its impact on people and the plant. He seeks answers to these questions from a variety of perspectives inside and outside of organisations, studying internal cultures and external political, economic, social and technological forces, as well as consumer behaviour. He employs a variety of qualitative and quantitative research techniques to provide original insights for journalism students and scholars, as well as media managers, industry associations, policymakers and other development actors. In doing so, he collaborates with a variety of partner organisations and individuals, including the Global Forum for Media Development (GFMD) and WAN-IFRA, the World Association of Newspapers. He works most closely with Dr Coral Milburn-Curtis of the University of Oxford, whom he met in 2015 when he was a Visiting Researcher at the Reuters Institute for the Study of Journalism. He is a committed academic mentor with experience supervising research students at undergraduate, masters, and doctoral levels.