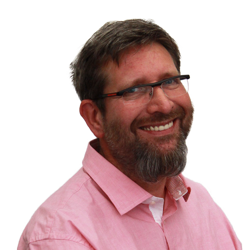 Tony is the course leader for the BSc in Physiology and Pharmacology. He contributes to both UG and PG teaching in the fields of cell biology, biochemistry, pharmacology and neurobiology. He also is an active researcher who is an expert in the field of molecular neurobiology. His research involves the study of the molecular mechanisms of neurotransmitter release. He has a research group normally consisting of several PhD students.

Tony runs a Molecular Neuropharmacology module in the final year that takes advantage of his particular expertise. He also teaches physiology to the second years and contributes to UG practical sessions. He also teaches on MSc courses in Cancer Biology and in Neuroscience and contributes to MRes programmes. He is an active researcher with a group that consists mainly of PhD students. Over the last few years his group has normally consisted of about 3 PhD students at different stages of their studies and he also acts as a second supervisor for other students. He is Chair of the School's Health and Safety committee.

Tony did his PhD at Imperial College and remained as post-doctoral worker until he left in 2004 to become a senior lecturer at UCLan. When he joined there was very little neuroscience being taught in the School. However, over the years this has expanded such that now there is some very specialised neurobiology modules offered in the final year of the degree for the Physiology/Pharmacology and Pharmacology students. These modules were also taken by other schools. The School itself has now several staff who are neuroscientists which has made this a particular specialism of the school both for teaching and research. He has run a research group consisting mainly of PhD students throughout his time at UCLan although he has also had several MSc students. He has a major collaborator at UCL in London. He has presented the findings of his work both in the UK and more importantly internationally. Many presentations were at the Annual meetings of the Society of Neuroscience in various places in the United States of America.

Tony's whole research career has involved studying how neurons secrete their chemicals. In particular he has concentrated on studying how nerve terminals can release neurotransmitters by exocytosis and what processes and proteins are involved in this process. He originally worked with the Clostridial neurotoxins, botulinum and tetanus toxin which inhibit neurotransmission and this helped to reveal the importance of the SNARE proteins in exocytosis. He then worked with the active ingredient from Black widow spider venom, alpha-latrotoxin and this causes massive extra neurotransmitter release and such studies revealed two components of the toxin action: a receptor mediated transduction mechanism and a pore mediated mechanism. Such studies helped reveal that intracellular calcium stores could be involved in regulating synaptic vesicle (SV) exocytosis and also helped to establish the presence of two releasable pools of SVs: the readily releasable pool (RRP) and the reserve pool (RP) which together constitute the total recycling pool. His research over the last decade or so has concentrated on deciphering the properties of these two pools. He has discovered that under strong stimulation the RRP releases by a kiss-and-run (KR) mode of exocytosis whilst the RP SVs release by a full fusion (FF) mode of exocytosis. The properties of these modes and these two pools have been extensively studied and it has been discerned that both pools can be switched to the alternative mode and this depends upon calcium levels and the regulation by various protein kinases and protein phosphatases. He established that the RRP SVs could be released by a KR mode that depending on particular stimuli could be regulated by either dynamin 1 or via non-muscle myosin 2. Originally, it was envisaged that these 2 proteins controlled the same type of KR mode but recently it has been established that these two proteins regulate distinct KR modes that have different protein requirements and are regulated by different voltage dependent calcium channels. In the last four years. These two proteins are regulated by protein phosphorylation and the precise sites in these protein that can regulated their roles in the switching the modes is being extensively investigated. Tony has also started to look at a third pool of synaptic vesicles called the silent pool (SP) (also called the reluctant pool or resting pool). These SP SVs are an enigma since they represent the major pool of SVs in the nerve terminal and yet under normal circumstances these are not released. Thus, not much is actually known about their properties. However, Tony has found that the SP SVs can be released by blocking the enzyme Cyclin dependent Kinase 5 (Cdk5) using roscovitine and this has enabled some of the properties of the SP SVs to be elucidated. Following on from an initial observation in the literature, this same SP of SVs can be released using a specific low concentration of fluoexetine. This is a particular important result since this drug was designed to inhibit 5HT uptakers and is currently one of the most prescribed anti-depressants (Prozac). However, fluoxetine induces the release of the glutamate containing SVs of the SP and this potentially means that part of the action of fluoxetine as an anti-depressant is via increases in the release of Glutamate (and possibly other neurotransmitters including 5HT) from the SP and this may have implications into the causes of depression and its treatments. A collaboration with Inma Gonzales has also revealed that a major neuronal protein synapsin 1 maybe regulating the release of the SP and changes at 4 phosphorylation sites on this protein are being investigated . In an ongoing collaboration with Vassilios Beglapoulos Alzheimer' disease mice undergo a particular memory training paradigm, and compared to control animals, these show deficits in mitochondrial bioenergetic parameters which may explain some of their memory deficits.