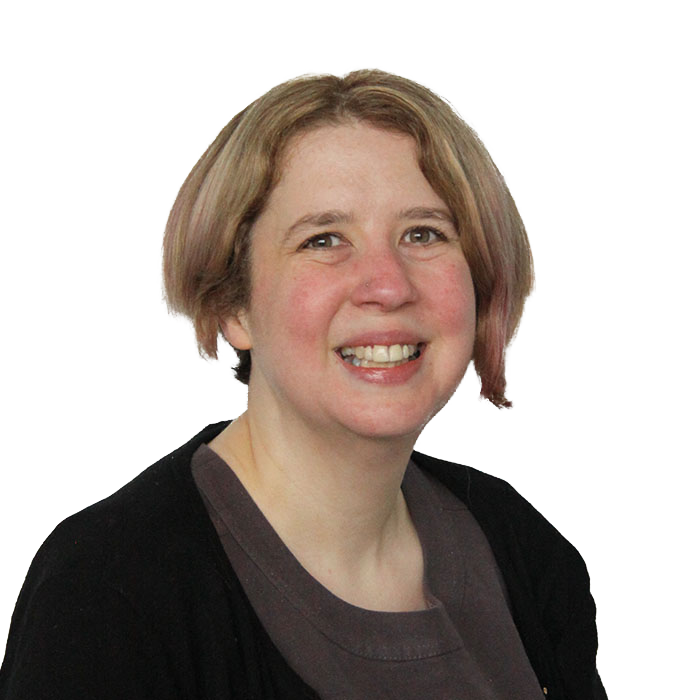 Cathryn teaches on a wide range of pharmacy practice topics, throughout the four years of the pharmacy degree, and has a strong belief in encouraging the students to see their patients and customers as people, rather than just problems to be solved.

Cathryn serves as the Equality, Diversity, and Inclusion lead for the School of Pharmacy and Biomedical Sciences. She also teaches on Equality and Diversity across all undergraduate courses within the school. Cathryn works as a system lead on genito-urinary medicine across the second and third years of the MPharm course, working with members of the team with different academic backgrounds. Cathryn is part of the module team for the fourth year of the MPharm course, with a particular focus on Public Health, Pregnancy and Breastfeeding, and Paediatrics.

Cathryn qualified as a pharmacist in 1997, and has worked in a variety of community pharmacy settings, both as an employee and as a locum pharmacist. Cathryn was elected to the council of the Royal Pharmaceutical Society in 2007 and served on the organisation’s law and ethics, and governance committees. She was involved in the RPSGB’s response to the responsible pharmacist legislation, as well as helping prepare the organisation to lose its regulatory role. Cathryn was appointed to the council of the General Pharmaceutical Council in 2009 and served on the organisation’s audit and risk committee, as well as being part of a group involved in shaping the organisation’s launch marketing to its registrants and wider stakeholders. Cathryn spent six months of her time at the GPhC serving as Deputy Chair, which involved close working with the executive team. Cathryn spent some time teaching and training in the early 2000’s, and was involved in the RPSGB’s launch of continuing professional development to its members – serving as a branch facilitator, leading meetings of members to show them how to meet the requirements of keeping up to date. Cathryn has spent some time working in the media as a spokesperson on pharmacy issues, both for the RPS, and in a personal capacity. She was involved in a challenging story on BBC Breakfast around the decriminalisation of dispensing errors within pharmacy, and spoke to Rip Off Britain about homeopathy being recommended and sold through pharmacies. Cathryn also serves as a reserve registrant member of the Fitness to Practise Committees of the General Pharmaceutical Council.