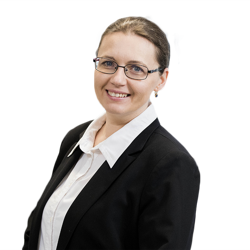 Professor in Fire Chemistry and Toxicity
School of Natural Sciences
0

Anna Stec is Professor in Fire Chemistry and Toxicity at the University of Central Lancashire. She has extensive experience and a portfolio of research in identifying and quantifying toxic hazards (acute and chronic) in and from fires and understanding the factors that affect fire smoke toxicity. She co-edited the reference book “Fire Toxicity” and published around 100 papers on fire effluents and their effects on humans and the environment.

Following the Grenfell Tower fire, Prof Stec was appointed to the UK government’s Review of Building Regulations and Fire Safety led by Dame s Judith Hackitt, where she highlighted the need to introduce regulation on smoke toxicity. She was a member of the Scientific Advisory Group (SAG), invited by the UK Government’s Chief Scientific Adviser, Sir Patrick Vallance, to oversee investigation of soil contamination and adverse health effects following the Grenfell Tower fire. She also presented crucial oral and written evidence to the UK Parliament’s Environmental Audit Committee for their report on “Toxic Chemicals in Everyday Life”.

Currently, Prof Stec is an Expert Witness to the Grenfell Tower Inquiry on fire toxicity. She is also leading a research project, co-funded by the Fire Brigades Union, to identify the causes and higher rates of cancers in UK firefighters. She was recently selected by the US National Academies of Sciences, Engineering and Medicine, to serve on the “Chemistry of Urban Wildfires Committee”.

Prof Stec is a member of several scientific and conference programme committees and journal editorial boards. She is an external examiner and peer reviewer for the Government of Alberta (Canada) and Danish Agency for Science and Higher Education. She is a Fellow of both the Institution of Fire Engineers (FIFireE) and the Royal Society of Chemistry (FRSC), chartered scientist of the Science Council and an expert of the British Burn Association. She is also UK’s designated principal expert on fire chemistry on the ISO Fire Threat to People and the Environment subcommittee (ISO TC92/SC3).

Prof Stec’s primary interest is on the toxic chemicals released in and from fires and what effects they have on human health. She has also focused on the importance of minimising environmental exposures and chemical hazards, both indoor and outdoor, through such media as contaminated air or soil. Recently she has highlighted best practice for the decontamination of Fire and Rescue Service personnel and firefighting equipment after exposure to toxic fire effluent.

More information on Professor Stec's research can be found on the Centre for Fire and Hazards Sciences webpages.

Some examples of Prof Stec’s publications are given below: